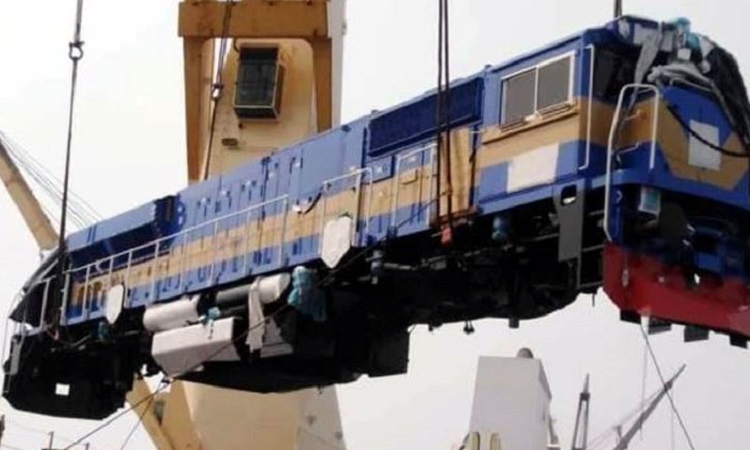 10 locomotives brought from South Korea for Bangladesh Railway are being unloaded at Chittagong port.

From Monday (November 22) morning, the engines at the port jetty have been carrying out heavy evacuation operations using heavy equipment.

According to Bangladesh Railway sources, 10 meter gauge electric locomotives of the second consignment of 20 modern locomotives purchased from South Korea arrived at Chittagong port on Sunday. They were unloaded at the port on Monday morning. These will then be taken to the Pahartali Railway Workshop Shed in Chittagong. These will be added to the regular fleet of railways.

Hasan Mansoor, project director for railway locomotive and passenger carriage procurement, said that besides 20 locomotives, 150 meter gauge coaches are also being imported from South Korea under the project. Of these, 20 locomotives arrived in the country in two separate consignments. Gradually the coaches will also arrive.

New locomotives are constantly being added to the railways to increase the quality of passenger service. Following this, 10 meter gauge engines (locomotives) came to Bangladesh from South Korea. At present the engines are kept at Pahartali Diesel Locomotive Shop.

Visiting the Pahartali Diesel Locomotive Factory on Friday (September 9), it was seen that these newly imported meter gauge locomotives are arranged side by side. The locomotives are comparatively higher than the others.

Two thousand horsepower of 10 new locomotives imported from Korea. In addition to these locomotives, if some engines are added to the freight trains besides the passenger trains, the revenue of the railways will increase.