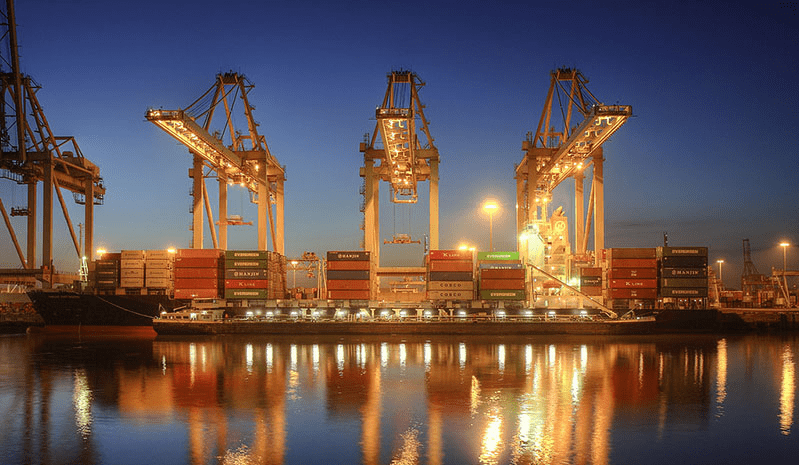 According to the port authorities, cargo-container handling is increasing at an average rate of about 12 percent per annum. This rate will increase further due to various development projects taken by the government. However, despite the increase in ship arrivals during the peak season (April-October), the inadequacy of the jetty was a major obstacle to the activities of the Chittagong port.

Not only the inadequacy of the jetty, the port authorities have identified 16 types of problems in the proper use of the country’s main seaport. The Chittagong Port Authority has recently submitted a report to the Parliamentary Committee on the recommendations of the Parliamentary Standing Committee on the Ministry of Shipping to find out the problems of the port and ways to solve them. There are 16 problems mentioned. They also said ways to solve these problems.

One of the problems identified by the Chittagong Port Authority is the inadequacy of the jetty. To solve this problem, the port authorities have recommended completion of construction of PCT, Matarbari Port and Bay Terminal and necessary renovation of old jetties.

The second problem mentioned in the report is the lack of adequate cargo and container handling equipment collection. In this regard, the collection of handling equipment has continued in line with the increase in cargo and container handling, the report said. But that is not enough compared to the need. About 25 percent of all equipment needs to be serviced continuously. As a result, equipment crises are sometimes observed in operational activities. As a solution to this problem, the port authorities have promised to collect 25 per cent more than the required equipment, so that even if some equipment is being repaired, it is possible to continue the operation with other equipment.

The Chittagong Port Authority has identified the container storage yard or space crisis as the third problem. In the context of this problem, the report said, the volume of container-carrying import-export trade through Chittagong port is increasing day by day. The port authorities have continued to increase the yard and space in phases to store the increased quantity of these containers. But the container storage yard could not be extended in time as the construction of physical infrastructure was time consuming. As a result, there is sometimes a shortage of container storage space. To solve this problem, it is necessary to build adequate yard or space for storage of containers in a timely manner and to complete the construction of delivery yard for Chittagong port in the Bay Terminal area. The report also said that the approval of new offdocks would help ease the problem.

The Chittagong Port Authority has mentioned the 33-year-old tariff as the fourth problem. In this regard, it has been said in the report, the activities of the port are going on in the thirty three year old tariff. Since the introduction of tariffs in 1986, no other tariff charges have been changed in 2008 except for eight items. As a result, even though the cost of capital items of the port has increased, it has not been adjusted with the tariff, so it has been fixed in one place. As a result, there may be a revenue shortfall for the port authorities in the future. Moreover, the rent inside the port is also relatively low. For this reason, importers feel comfortable keeping their goods inside the port. This is also increasing the space crisis and traffic congestion in the jetty area. The port authorities have recommended raising the tariff rate to solve the problem.

The Chittagong Port Authority has also identified the delivery of goods by opening FCL containers inside the port as a problem. According to the report, about 80 per cent of FCL import containers are unloaded inside the port or in the yard. Due to this, handling activities were disrupted due to increase in the number of trucks, covered vans and driver-helpers in the jetty area. Moreover, it is also a risk to the security of the port. It also affects the productivity of the port.

Other issues cited in the report include delays and procedural complexities in the auction activities of auctionable containers and vehicles, lack of auto integration of customs port with Chittagong port with Asaikuda World, insufficient depth of channels and berths, dependence of ship operation on tidal low tide, Handling of stones, heavy project goods etc. inside the jetty, hindrance to increase rear facilities, old-fashioned TO&E still in operation, environmental unit not fully operational, lack of tags, port access road for Chittagong port being two lanes And the scarcity of connecting roads for the unloading of cargo and containers from the port.

State Minister for Shipping Khalid Mahmud Chowdhury said the ministry would take necessary steps to address the problems raised at the Chittagong port meeting of the parliamentary committee.