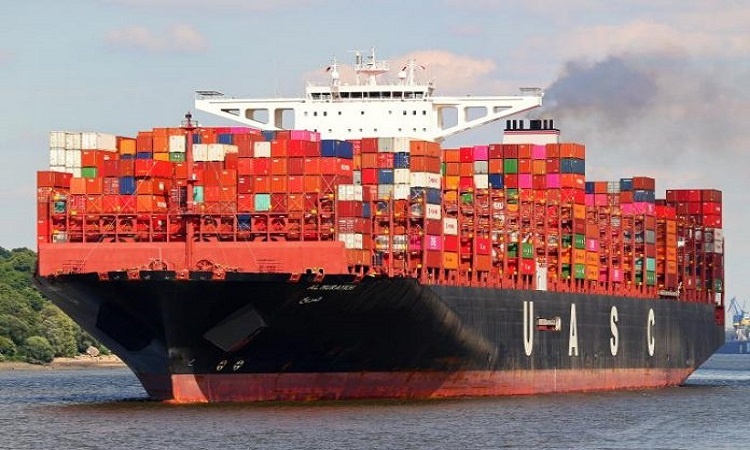 Al-Muraykh ran aground this morning in the SUez Canal while on Hapag-Lloyd confirmed. However the vessel has now been refloated and the canal has reopened, said a company spokeswoman.

Al-Muraykh was stranded for over five hours and had blocked all traffic on the canal as a consequence. A Hapag-Lloyd spokeswoman told Container News, the vessel “will drop anchor at open anchorage to perform a brief inspection. It has received approval from  class, though to continue its voyage. Class inspection will be done in the next port.”

Earlier unconfirmed reports said that movements on the Suez Canal have been blocked following the grounding of the 18,800TEU Al-Muraykh, ex-UASC, now Hapag-Lloyd.

The reports suggest the the 400m long vessel was beached while the vessel was heading south in convoy on the canal, near the 86km mark, close to the TOUSN monitoring station.

Other southbound vessels are stacking up behind Al-Muraykh as a result of the incident.

The Suez Canal is a man-made waterway connecting the Mediterranean Sea to the Indian Ocean via the Red Sea. It enables a more direct route for shipping between Europe and Asia, effectively allowing for passage from the North Atlantic to the Indian Ocean without having to circumnavigate the African continent. The waterway is vital for international trade and, as a result, has been at the center of conflict since it opened in 1869.

Where Is the Suez Canal?

The Suez Canal stretches 120 miles from Port Said on the Mediterranean Sea in Egypt southward to the city of Suez (located on the northern shores of the Gulf of Suez). The canal separates the bulk of Egypt from the Sinai Peninsula. It took 10 years to build, and was officially opened on November 17, 1869.

Owned and operated by the Suez Canal Authority, the Suez Canal’s use is intended to be open to ships of all countries, be it for purposes of commerce or war—though that hasn’t always been the case.