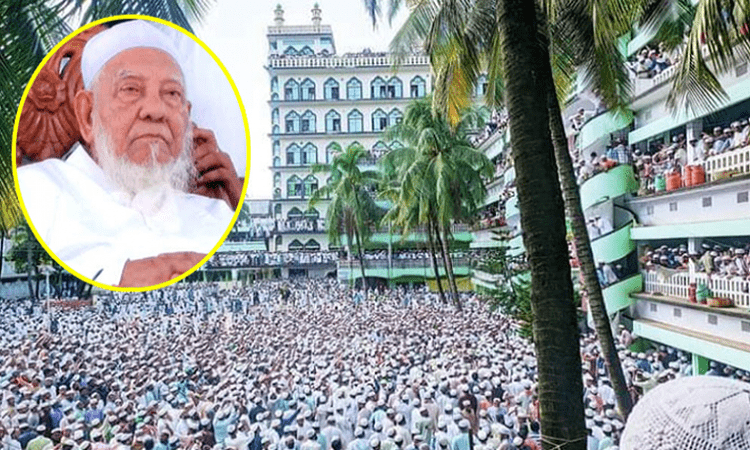 Prime Minister Sheikh Hasina on Friday expressed deep shock and sorrow at the death of Amir of Hifazat-e-Islam and a noted Islamic thinker Allama Shah Ahmad Shafi. In a condolence message, Sheikh Hasina said Allama Shah Ahmad Shafi made a significant contribution to the propagation of Islamic education and also played a role in modernising Qawmi madrasa education system.

Allama Shafi made the announcement at a meeting of Shura members of Hathazari Madrasa. The centenarian fell ill immediately after the meeting. He was taken by ambulance from Hathazari Madrasa to Chittagong Medical College (CMC) Hospital at midnight.

He said that Mr. Shafi is suffering from various complex diseases including diabetes and heart disease. A medical board was formed on Friday morning to treat him. On the advice of doctors, the family members took him to Asgar Ali Hospital in Dhaka in the afternoon for better treatment.

Allama Shah Ahmad Shafi has been suffering from various physical problems for a long time due to old age. In the last few years, he has been treated in hospitals in the country and abroad several times.

Last June, Allama Shah Ahmad Shafi was admitted to the ICU of Chittagong Medical College Hospital due to various physical problems including shortness of breath and diabetes.

Allama Shah Ahmad Shafi was born in Pakhiartila village of Rangunia upazila of Chittagong. He is the father of two sons and three daughters.

In 1986, Allama Shah Ahmad Shafi took over as the Director General (Muhtamim) of Hathazari Darul Uloom Mueenul Islam Madrasa. He held the position for 34 consecutive years until Thursday.

Hathazari Darul Uloom Mueenul Islam Madrasa is the oldest and largest Madrasa in the country. Allama Shah Ahmad Shafi was leading the Qawmi Madrasas as the Director General of this Madrasa.