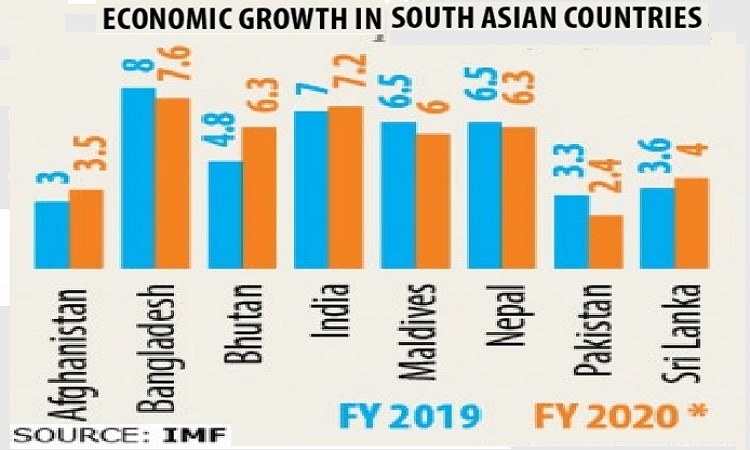 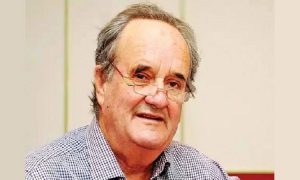 Legendary commentator and former BBC journalist Mark Tully, who is closely associated with the Bangladesh Liberation War, got into the debate a little indirectly this time. He lauded the way Bangladesh’s economy has turned over the past two decades in the face of thousands of adversities, comparing it to the “rise of the phoenix from the ashes”.

Sir Mark made the remarks in a commentary in The Hindustan Times, Delhi’s leading daily, on Saturday (October 24th). He also gave his own explanation of where and how the economy is moving in different sectors in Bangladesh as compared to India.

Mark Tilly is a household name in Bangladesh for covering the liberation war in 1971 on behalf of the BBC.

He wrote, “The way the Pakistani army burned village after village in the war in 1971, it is no less important to rise from the ashes after half a century.” Today, the tour of Bangladesh fascinates him even more.

In just two and a half years after independence, Bangladesh fell into a terrible famine. Then the assassination of Bangabandhu gave birth to political instability in the country, the army officials got involved in the struggle for power. In that episode, the then US Secretary of State Henry Kissinger compared Bangladesh to a ‘bottomless basket’.

Describing that context, Mark Tully writes, “Even after that, the economy of Bangladesh has been growing at a regular rate for the last 20 years and many international organizations are accepting the ‘Bangladesh Model’ as an established trend of development.” Bangladesh’s GDP now reached near to almost 8.

Mark Tully is of the opinion that there are two main factors behind the fact that Bangladesh has reached its present place. And in both these places they have walked a different path than in India.

First, due to the weak economic situation, Bangladesh has for some time been virtually forced to accept the advice of donor countries and development partners. Although there was a strong socialist trend in Bangladeshi politics and privatization was perceived as ‘anti-people’, all the governments of that country have literally accepted the advice of international donors by keeping politics aside. But in neighboring India, privatization has always been a dilemma.

Second, NGOs or non-governmental organizations have always been encouraged to play a bigger role in the development of Bangladesh, which has never happened in India. For example, according to The Economist, ‘Bangladesh’s BRAC is now the largest voluntary organization or NGO in the world. Their program has helped Bangladesh overcome extreme poverty and NGOs in at least 45 countries around the world are now following that path of BRAC. ‘ 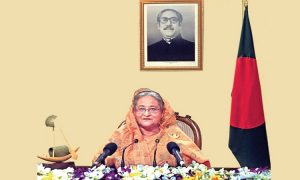 “It is this economic development that has given Prime Minister Sheikh Hasina the political capital to ignore the criticism that ‘the country is being sold to India’, and Manmohan Singh and Narendra Modi have established good relations with two successive Indian prime ministers. To lift. Thanks to this good relationship, many years of unresolved issues, such as the land border agreement, have been resolved. ”

Mark Tully’s mother was born in Akhaura. The work of setting up a railway from Akhaura to Agartala is in full swing. He also commented in the article that if it is completed, India’s trade and connectivity through Bangladesh will get a different dimension. However, he warned that political campaigning ahead of the upcoming elections in West Bengal and the implementation of the ‘disgraceful’ citizenship law for Bangladesh could have a negative impact on bilateral relations.

Whether Bangladesh’s GDP or economic growth is really surpassing India’s has been the subject of debate in the country for the past several days. Many well-known Indian economists have commented that the IMF’s predictions are incorrect. On the contrary, India is far ahead in other suitable criteria!

Veteran analyst and commentator Mark Tully, however, put it bluntly – “India should learn from the way Bangladesh has risen from the ashes of destruction.”