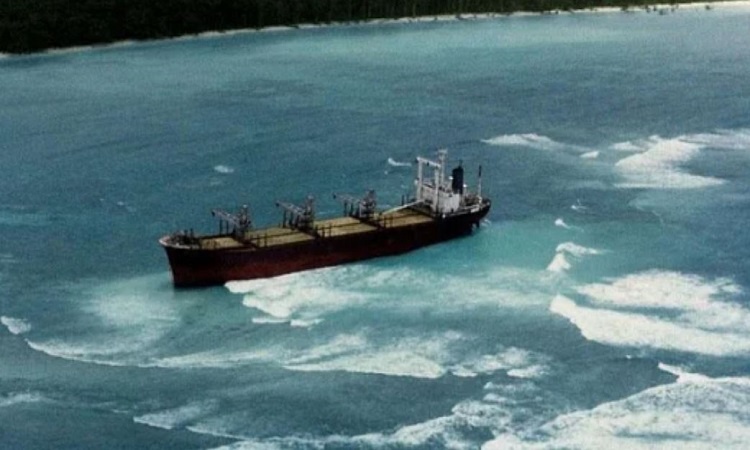 Bangladesh’s ‘mysterious’ ship was spotted on the banned North Sentinel Island. Many people go to different parts of the world to smell the mystery. One such place is North Sentinel Island. A limited number of tourists a year flocked to the ‘forbidden’ island to smell the mystery. And there is a ‘mysterious’ ship from Bangladesh! Discussions have already started on the online forum Reddit with a picture of the ship. This Bangladesh-centric thrilling story is also getting a place in various international media.

The ship that is talked about so much is called ‘Primrose’. The ship was reportedly caught in a storm on its way from Bangladesh to Australia in 1971. With the sailor’s intelligence, the ship somehow made landfall. That’s when the passengers on board returned relieved.

This relief soon turned to sadness. Early that morning, others, including sailors, saw the island’s tribesmen building wooden dinghies to attack them. Everyone has local weapons and equipment. That’s when they send emergency signals to nearby ships.

In a first message from Primrose, the sailors said, “About 50 wild people are building 2 to 3 wooden dinghies to attack us with hand-made weapons.” . The lives of the sailors on board are in crisis. ‘

As time went on, everyone on the ship became sleep deprived. The unarmed sailors had nothing but a few ‘flare guns’ and da-kuthals to repel the attacks of the tribes. About a week later, the Indian Navy’s tugboat and helicopter rescued everyone, including the sailor.

But Bangladesh’s ‘mysterious’ ship  Primerose is standing there. The ship could not be brought back even though the crew of the ship survived the frozen situation. A user recently captured a picture of that ship through a Google Map camera.