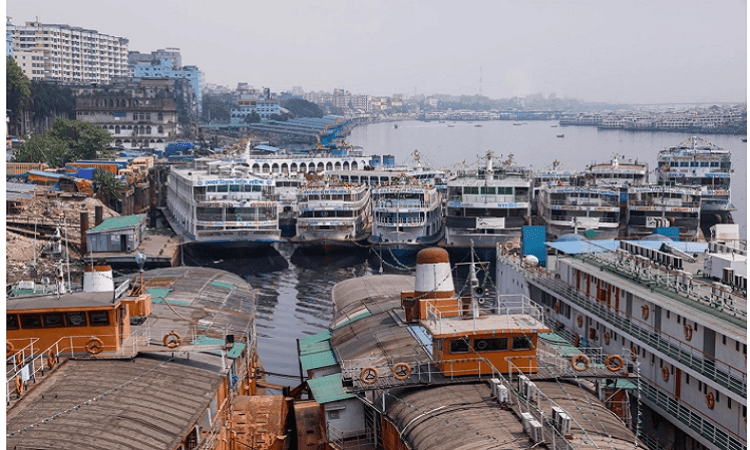 Boat workers will start a continuous boat strike across the country from midnight on Monday. The workers are going on strike as per the earlier announcement of the Shipping Workers Federation demanding implementation of 11 points. They went on strike three more times last year demanding the same.

Akin Ali Master, joint secretary of the Barisal branch of the Shipping Workers Federation, said they had made all preparations to start the strike. The workers have been staying at the federation office in the port area since evening. Late at night they will go to the seaport and from 12:01 they will stop all navigation.

Among the 11-point demands of the ship workers are: issuance of employment letters to the ship workers, increase in salaries and allowances, provision of food allowance, formation of provident fund, compensation of Rs. And stop terrorism, extortion, robbery and police torture on the waterways.

Central President of the Shipping Workers Federation. Shah Alam Bhuiyan told the reporters that the government and the ship owners had earlier promised to accept the demands after going on strike. They did not implement the promise later.

A short details of Barisal Port

The Port of Barisal, officially known as Barisal River Port is the second largest[2] and busiest river port in Bangladesh after Dhaka in terms of passenger traffic.[3][4][5] It is located on the banks of the Kirtankhola river in the city of Barisal.[6] The port operates daily services between Dhaka and Barisal as well as most of the districts in southern part of the country including Chandpur, Narayanganj, Bhola, Laxmipur, Pirojpur and Barguna.[7][8] It also operates inter-district routes around Barisal.[9]

The port of Barisal is an important hub of transportation system connecting different parts of Bangladesh through waterways. It is also considered as a transit point between Mongla and Chittagong marine ports, Khulna and Dhaka and other river ports of Bangladesh as well as between West Bengal and Assam and Tripura of India.[10]

4 thoughts on “Boat strike across from midnight on Monday.”