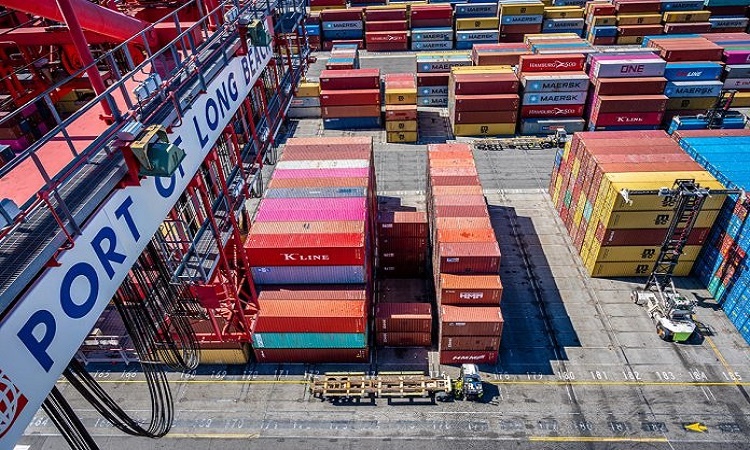 The major ports in California saw increased numbers during July in terms of container volumes. Long Beach, Los Angeles and Oakland achieved high performances in a period when Covid-19 pandemic’s second wave seems closer than ever.

Port of Long Beach (POLB) celebrated a new all-time record, as July was the busiest month in the 109-year history of the port. Terminal operators and dockworkers moved 753,081TEU, topping a record set two years ago (June 2018).

“It was a good month, a bright spot, in the midst of the devastating effects of the coronavirus on the economy,” commented Mario Cordero, Port of Long Beach (POLB) executive director.

Cargo volumes were bolstered in July by a surge in online spending as consumers continued to avoid leaving home during the coronavirus pandemic. Additionally, the Port saw a short-term increase in extra vessel visits to compensate for voyages that were cancelled earlier this year.

A smaller number of void sailings was also reported in the Port of Los Angeles (POLA) with the executive director of the port, Gene Seroka, saying, “Fewer cancelled sailings and 11 additional ‘ad hoc’ or unscheduled ship calls helped drive both imports and exports higher than recent months but still short of last July’s all-time record.”

Moreover, with United States retailers restocking dwindling inventories, the Port of Oakland marked a 6.4% increase in July containerised import shipments compared to the same month of the previous year.

At the same time, last month’s export cargo volume at the port declined by the same percentage compared to July 2019, which was the third consecutive monthly drop in Oakland exports.

The Port attributed import gains to shippers resupplying warehouses after retrenching during the early stages of the global coronavirus pandemic. Rising cargo volume was welcome in Oakland after four straight months of declines between February and June.

“It is good to see an uptick in cargo activity, but we are not doing any victory celebrations because the trade outlook remains unclear as long as the pandemic is with us,” cautiously stated, Port of Oakland maritime director, Bryan Brandes.

The port added dwindling exports could be the result of China’s efforts to bar waste product shipments. Scrap paper is one of the leading US exports from West Coast ports including Oakland.

Oakland port’s year-to-date total cargo volume is down 5.8% from 2019, according to official data. The port believes that is due primarily to a nearly 10% drop in shipments of empty cargo containers back to origin destinations.