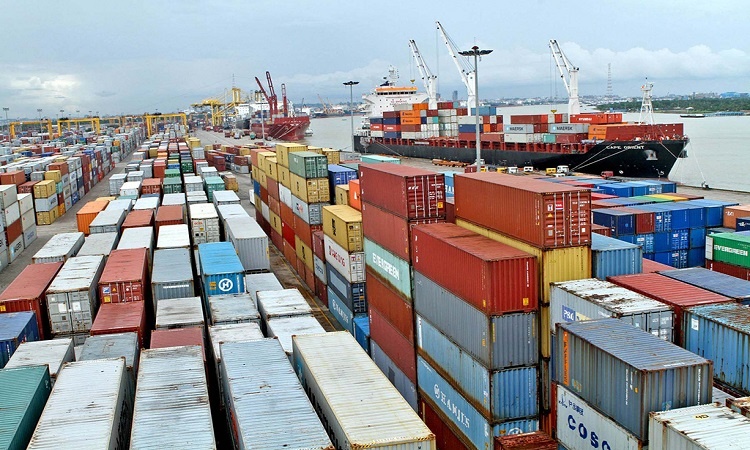 Export-import trade through the Chittagong port is showing a positive trend this month compared to last month, despite fear of the second wave of Covid-19 pandemic.

Until November 15, some 31,844 TEUs (twenty-foot equivalent units) of containers were shipped through the country’s prime seaport, up from 28,853 TEUs in the same period of the last month, data showed.

On the other hand, until mid-November, some 57,124 TEUs of containers arrived in the Chittagong port compared with 50,919 TEUs came by mid-October.

A representative of a mainline carrier in Chittagong, however, was not optimistic this upward trend will continue in December too.

“I assume the export will not increase. Import may go down,” he told the FE

However, another representative of a mainline carrier said the booking for the next month is “so far good and its progressing well.”

“I believe the export-import trade next month may remain similar to that of the current one,” he said, adding the impact of the second wave has yet to be visible.

“So far, no buyer has contacted us for cancelling booking,” he said.

Former president of the Bangladesh Garment Manufacturers and Exporters Association (BGMEA) Siddiqur Rahman told the FE on Wednesday the work orders suspended now by global buyers are supposed to be shipped next month or later this month.

“The shipment will fall next month. Apparel being the main export item mainly goes to America and Europe, where a grave situation now persists due to the pandemic,” he said.

He said the situation can be clear later this month because many western cities are now under lockdown again.

“The Christmas sales won’t be as good as expected, which is a major concern for retailers,” said Mr Rahman.

Import of raw materials may not fall next month, but export may decline at least to some extent, he added.

Data of the Export Promotion Bureau (EPB) shows that export earnings fell by 17.19 per cent in October compared to the same month of last year, deepening concern among the exporters.

Both in August and September, export earnings also fell compared to corresponding months of the last year, for which experts blamed the impacts of the pandemic shocks.