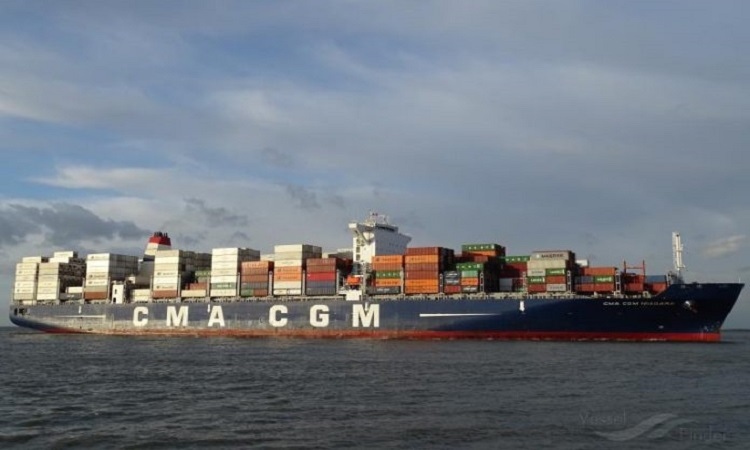 CMA CGM Group has attained improved shipping activity in the third quarter compared to the previous year’s Q3, according to the company’s chairman and CEO, Rodolphe Saadé, who noted that CEVA’s transformation plan is starting to yield positive results.

The French shipping company said it has responded to the demand recovery in the third quarter, stepping up the redeployment of operated capacities. The group’s revenue was up by more than 6% during the third quarter of 2020 compared with the same period of 2019, reached a level of US$8.1 billion.

Additionally, earnings before interest, tax, depreciation, and amortisation (EBITDA) has significantly improved to US$1.7 billion, representing a 68% increase compared with the third quarter of 2019.

At the same time, the Group’s operating performance generated an operating cash flow in excess of US$1.8 billion and its liquidity stood at US$2.8 billion on September 30, 2020.

Saadé believes that the pandemic crisis has demonstrated the solidity of CMA CGM’s business model and the relevance of the company’s strategy, combining logistics solutions with transport offering.

Furthermore, the Marseille-based carrier has presented growth in its third-quarter container volumes with an increase of 16.8% compared to Q2 2020 and 1% compared to Q3 2019.

Shipping EBITDA grew by an impressive 76% during the third quarter of 2020 to US$1.5 billion, while the unit cost by TEU was down by 6.8% compared with the third quarter of 2019, at US$845 due to the combined impact of declining oil prices and the group’s cost-cutting initiatives, notably in transportation and intermodal services, which led to an extraordinary 205.7% increase in its operating margin to US$978 million.

CEVA Logistics’ performance in the third quarter has been highlighted with the company’s revenues reaching US$1.9 billion, with operating margins skyrocketing to US$39 million and a contribution to net income group share standing at US$1 million.

“CEVA Logistics continues to recover and is on course with its transformation plan. The effects observed in the second quarter of 2020 continued and improved during the third quarter,” said CMA CGM in its announcement.

During the fourth quarter, maritime activity is expected to be more sustained than during the third quarter due to the ongoing increase in volumes, added the company which claimed that “This momentum is particularly marked in the United States and Latin America and allows the fleet to continue operating at full capacity as during the third quarter. As a result, freight rates remain high.”

In this favourable environment and thanks to the ongoing control of unit costs, the group has forecast a further improvement in the EBITDA margin in the last quarter of the year.