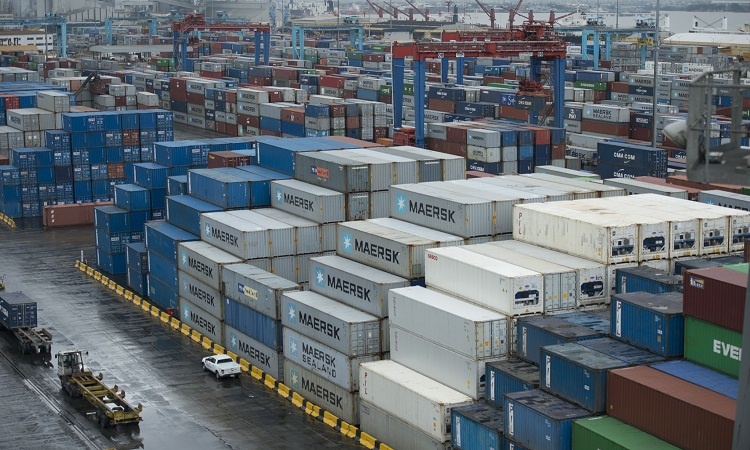 Solutions to the persistent congestion at Nigerian ports are multiple and must include a collaborative element, according to a Dutch consultancy report published last month.

Dynamar publishes regional reports throughout the year and the group’s latest West African analysis shows that the congestion, particularly in Nigerian ports, is persisting, but that the stakeholders are all busily pointing fingers at others rather than developing solutions.

Darron Wadey, senior shipping analyst and consultant at Dynamar, concluded, “This is a very joined-up problem, with no single cause and therefore no single solution. ‘The’ solution will, therefore, need to be joined-up and tackle all the issues raised.”

Notably, the issues included a task force put together to pinpoint the causes of the congestion and to highlight remedies. Services have been diverted from Lagos terminals at Tin Can and Apapa to ports as far as 1,500km south of Lagos, in Pointe Noire in the Republic of Congo, with transhipment back to Nigeria. Even carriers such as CMA CGM and Maersk Line, who have vessel calls in Lagos ports have diverted cargo as the delays to ships were approaching 30 days on weekly services.

The services diverted included CMA CGM’s joint services with Maesrk Line, the FEW2 and the Midas/Mesawa from the Middle East to the Indian Subcontinent. Both these services were diverted to Pointe Noire.

A joint service operated by Arkas, CMA CGM and Hapag-Lloyd placed two extra vessels on the WAS/EuropeAfrique2/MWX service from the Mediterranean. The report said, “Even these were insufficient to return it to a weekly operation. In addition, the service decided to skip the APMT Apapa facility. Cargo destined for there would be discharged at Tin Can and barged, at Hapag-Lloyd’s account, to the Bolloré operated inland KCT Terminal in Lagos.”

According to Wadey these were the practical consequences of the situation in Nigeria, and there appears to have been little or no improvement this year.

“In mid-2020, it was reported that vessel waiting times for Lagos, including Tin Can, had reached fifty (50) days with around 1,000 container trucks of export cargoes said to be stuck on the port’s access roadside,” said Wadey.

The Nigerian Ports Authority (NPA) blamed APM Terminals, which operates the Apapa terminal in Lagos, for a lack of container handling equipment which it said had caused the backlog of cargo, import and export at the port. As a consequence, the NPA gave APMT an ultimatum to address the issues of shortages of handling equipment within 30 days.

For its part, APMT said organic growth and the closure of the Benin border, led to increased traffic in Apapa. The terminal operator also brought in new equipment and made changes to senior management at the port. “The terminal operator has retained its concession for the time-being,” added Wadey.

Nigerian Shippers’ Council representatives also complained that there was a lack of terminal space at the ports to support the storage of containers, also pointing the finger at APMT.

The Dynamar report suggested, “In 2018, the NPA suspended Maersk Line, Cosco and two local agencies from Apapa port because, allegedly, they were not operating and utilising sufficient ‘holding bay’ capacity for empty containers.”

For the NPA this was the major cause of the congestion in Nigerian terminals, not the state of local infrastructure, said Dynamar.

However, in 2019 the situation worsened as rail links into container terminals were suspended for maintenance work.

A task force headed by Nigeria’s vice president to look into the causes of the port congestion claimed to have more or less completed its mission by the middle of last year.

“In fact, all it seems to have done is replace one cause of the problem (including corruption) with the sacking of naval and military personnel who operated the subsequently dismantled checkpoints, with another cause,” said Dynamar, adding, “Multiple parties have blamed task force officials and other agencies of extortion in order to proceed through the queue, whilst Lagos’ port manager pointed towards the activities of ‘uniformed men’ for disrupting the flow of traffic.”

Other complaints and claims are that the high level of physical examination of cargoes required and the fact that consignees or their representatives are required to complete documentation at the port.

In addition, the report points to the state of local infrastructure as another major cause for concern and a significant factor in the ongoing and substantial delays in Nigerian terminal facilities.

“Back in late 2018, we reported that 5,000 trucks were trying to cram onto a road network designed to handle 1,500,” noted Wadey. But if the government upgrades the roads then that will take the link to the port off-line for period of maintenance causing more congestion.

Dynamar believes that the economic consequences of the congestion now exceeds US$55 million per day. And the situation has increased the costs of inland connections.

“Rates for inland haulage were quoted as perhaps being as high as US$1,100 for a 20’ container and maybe US$2,700 for a 40’, depending upon final destination,” reported Dynamar.

Ultimately, the solution to the West African congestion problems in Nigeria has to be a combination of the regulatory authorities working with liner operators and terminals and those authorities that operate customs and other processes to find solutions.

Without that collaboration shippers to and from Nigeria will continue to count the cost of major delays to their cargo.