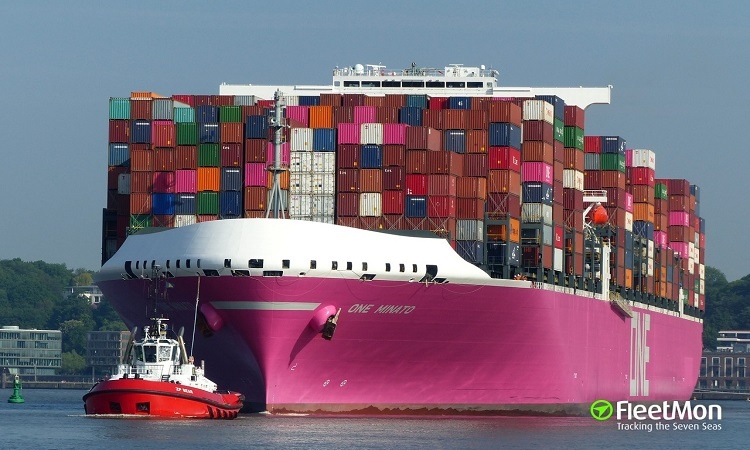 The 2008-built container ship, ONE Cosmos has suffered a container stack collapse on 11 September caused by bad weather in the Far East Region, according to Hapag-Lloyd, which is a THE Alliance partner with vessel owner ONE (Ocean Network Express) in the Pacific North 4 Service (PN4).

Several boxes have been damaged, but none went overboard, according to ONE. The damaged containers would have been discharged at the port of Ningbo before the 8,100TEU boxship continued its voyage, said Hapag-Lloyd.

ONE Cosmos has departed from Ningbo, reports Marine Traffic, and according to THE Alliance’s PN4 rotation schedule, the next port of call is at the port of Busan.