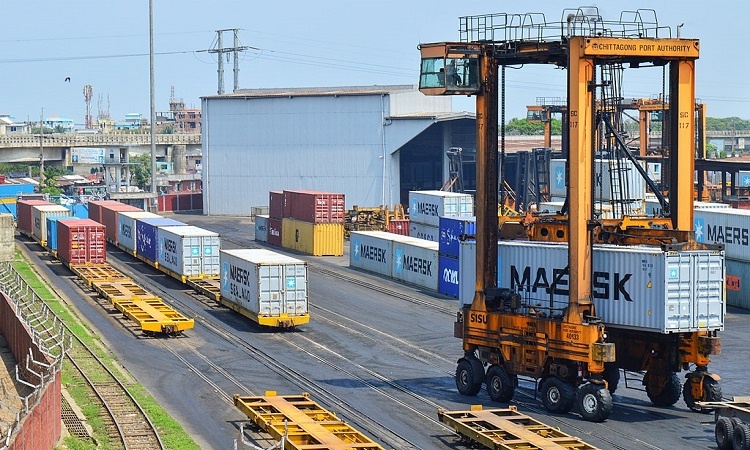 Chattogram sea port has advanced six steps in a year in terms of annual traffic of containers in 2019, according to Lloyd’s List, the world’s oldest journal on ports and shipping.

Chattogram sea port has been ranked the 58th busiest container port among the top 100 ports across the world.

The latest 2020 edition of Lloyd’s List’s “One Hundred Ports” has been published recently, tallying up the annual container throughput figures of the world’s elite port facilities of the last calendar year of 2019.

He thanked the government as well as the port’s stakeholders for their role in smooth operation of the country’s premier sea port.

According to the Lloyd’s List, the year 2019 can be marked as the calm before the storm, as the current year has unfolded at the hands of the coronavirus health crisis and global pandemic.

Among the 100 busiest container ports, Chinese port Shanghai clinched the top rank with 43.30 million TEUs throughput in 2019, having 3.1 percent year on year growth.

A total of 25 Chinese ports are on the chart, while neighbouring Sri Lankan port of Colombo maintained the same 24th position for the last two years (2019 and 2018).

Chattogram Port is 27 steps ahead of Pakistan’s Port of Karachi, which secured 85th position.

Chattogram port handles 98 percent of the total container throughput in the country, while Mongla handles the rest.