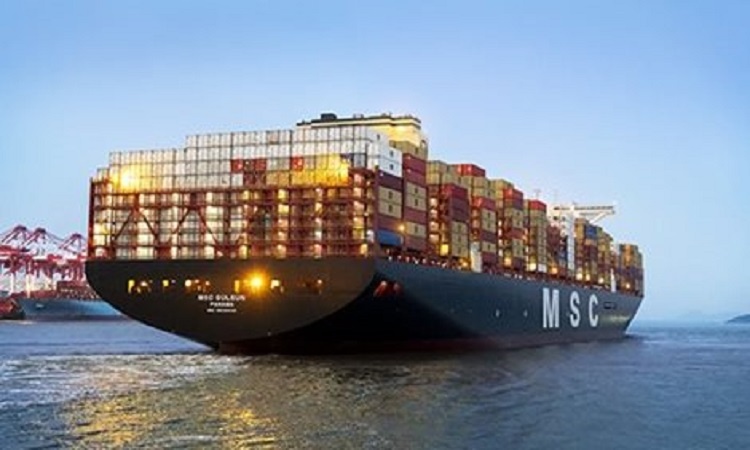 European carriers shipping lines have published new prices and surcharges in Asia, after their latest announcements, increasing various charges until the end of the year.

MSC  has announced the application of a congestion surcharge (CGS) at the port of Tianjin Xingang, due to the bottlenecks which have affected the delivery and the discharge of its reefer containers.

The new CGS will be US$1,500/reefer from any origin in Europe to the Chinese port and will take effect from 23 November (bill of landing date).

Any other costs such as deviation to alternate port, storage, plug-in, freight will be on account of the freight payer, said MSC in its announcement.

This move comes after the implementation of MSC’s congestion surcharges this month at New Zealand’s Port of Auckland and Port of Bilbao in Spain.

In addition, MSC has announced a new equipment imbalance surcharge (EBS) of US$200/dry box moving from Middle East Gulf and King Abdullah Port to Far East as from 18 November (booking date) or 22 November (bill of lading date) until further notice.

The Swiss based carrier said it has made this decision due to the strong demand for containers and consequent difficulties to supply the necessary equipment.

In the meantime, CMA CGM has unveiled new freight of all kinds (FAK) rates from Asia to the Mediterranean and North Africa, effective from 1 December (date of loading in the origin ports in Asia) and until further notice but not beyond 14 December.

On the same date, CMA CGM will introduce another PSS from North Europe, Baltic, Scandinavia, Poland to Middle East Gulf, Red Sea, India and Pakistan. The amount of this PSS will be US$600/reefer container (20′ & 40’RH).

Moreover, the Marseille-based carrier has announced a general rate restoration (GRR) of US$250/TEU from Japan to Kenya, Tanzania, Mozambique and South Africa for dry, reefer, out of gauge (OOG) and breakbulk cargo. The new GRR will also be effective from the first day of the next month.

Meanwhile, Hapag-Lloyd will implement a new GRR of US$300/container from Middle East to Ghana for all cargo types from 1 December.

On the same date, the German carrier will apply the following PSS for all container types:

Last but not least, Maersk Line will introduce the following PSS for all reefer boxes from Jawaharlal Nehru and Mundra in India to South Africa, effective from 1 December for all corridors.