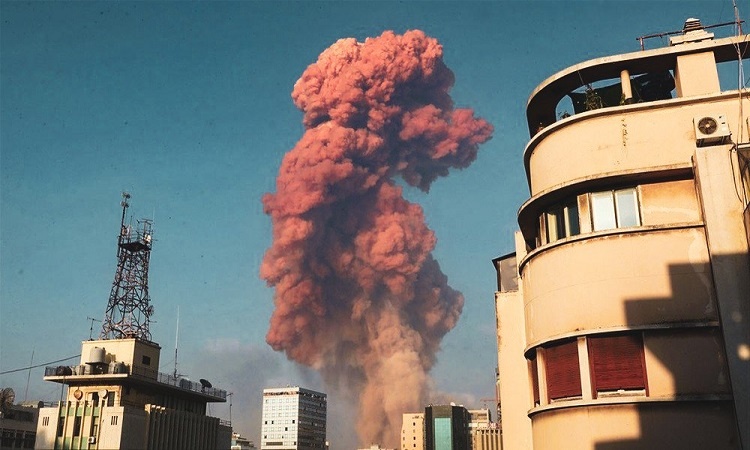 Terminal operators around the globe are reassessing their safety procedures following the Beirut explosion which killed around 200 people and injured more than 6,000, making many thousands more homeless.

The International Cargo Handling Coordination Association (ICHCA) told Container News that it had completed a survey on port operations regarding the handling of containerised dangerous goods for a private client, so the results remain confidential, before the 4 August tragedy in Lebanon.

Richard Brough the head of ICHCA, said, “Large terminal operators take things seriously, but smaller terminal companies profess to have robust systems in place, but it’s not the case, another Tianjin is waiting to happen all over the world.”

Tianjin in northern China was the last major incident with dangerous goods, in August 2015 two explosions rocked the port area of Tianjin with the second blast reportedly caused by 800 tonnes of ammonium nitrate. Over 170 people were killed in that event, many were firefighters who had no idea what chemical they were dealing with. Many more people were injured in the event.

For Brough the regulations are there, but they are not enforced uniformly and in some regions of the world those regulations are ignored, “No-one is learning the lessons,” said Brough. He pointed to ports and terminals he had visited, without naming any of the facilities, in the course of the recent survey ICHCA had conducted.

According to an excellent report from the Organised Crime and Corruption Reporting Project (OCCRP) “The causes of the disaster appear to be tied to bureaucratic ineptitude. Just two weeks before the warehouse exploded, Lebanon’s president received an urgent report from the country’s security services warning him that the situation was critically dangerous.”

Jurisdictions where regulations are adhered to would not allow a situation such as this to develop. Brough believes that “Europe, the USA, Australia and China have stringent regulations governing hazardous cargoes, but some people are ignoring them, while the IMDG (International Maritime Dangerous Goods) code is fully legislated and followed, there are no land-based regulations.”

In effectt he conditions that allowed Tianjin and Beirut to happen remain the same. It is the “interface” between regulations at sea and on land which has also concerned Peregrine Storrs-Fox, TT Club’s risk management director, who says that each modal sector has regulations governing the handling of dangerous cargoes.

However, with the International Maritime Organization’s (IMO) Maritime Safety Committee regulations set out in MSC.1/Circ.1216, which outlines the rules for vessels with container loads of hazardous material, the circular makes the distinction between, “keeping” dangerous goods and “storing” them.

“Dangerous cargoes temporarily in the port area as part of the transport chain are not considered as being stored as their presence is solely concerned with awaiting loading onto and further onward movement by another mode of transport. Because this is an operation covered by the Recommendations, the term “keeping” is included in the overall definition of handling. Storage, which involves the holding of substances for an indeterminate period not directly involved with the transportation process, is considered to be outside the scope of these Recommendations and has been excluded from the definitions,” reads the 2007 circular.

For Storrs-Fox this has left a gap in the regulatory safety net which can leave container loads of abandoned cargoes stranded at ports and terminals, often because financial situations have seen companies go bust or there is a dispute between consignee and consignor.

According to the IMO circular, “Regulatory authorities may wish to regulate the storage of such substances but that would be achieved by other regulations unconnected with the transportation process.”

Incredibly, the definitions leave a gap into which dangerous cargoes can fall. And, if cargo is then detained, for whatever reason in some cases container can sit on the terminal hard standing for years with operators abd authorities forgetting they are there. This did not happen in Beirut, the authorities were

Such events can, along with poor training and a lack of emergency service drills to co-ordinate responses in the event of an incident it can leave ports vulnerable says Storrs-Fox. A theme that was also visited by Brough who said he had walked through terminals where some hazardous materials were stored adjacent to other chemicals, inappropriately, or where chemical tanks were stored just 500m from a school and housing estate.

ICHCA and the TT Club are looking to change the regulations governing the storage of hazardous cargoes at ports, but the two concede it may take some time for an international regulation to be designed, recognised and ratified.

These are not the only regulations that need to change however, as the excellent report from a group of journalists working for the OCCRP revealed on 21 August.

Investigating the ownership of the vessel, the Rhosus, and the cargo the OCCRP found a trail of shady offshore companies linked to Cyprus entrepreneur Charalambos Manoli.

One of the investigative journalists involved, Aubrey Belford, told Container News, that the group had spoken to Manoli at length. “At first he denied owning the vessel, but then we showed him the documents and then he said he knew Igor Grechushkin, but that he had sold the company which owned the Rhosus directly to Grechushkin, but he would not show us any documentary proof,” explained Belford.

Even though there was a shadowy network of companies working to ship explosives to a company that had been implicated in terror attacks, the Rhosus was prevented from arriving at its destination in a peculiarly mundane fashion.

Classification papers had shown that the Rhosus was seaworthy, however, the class society turned out to belong to Manoli, so when the vessel was diverted to Lebanon to pick up a cargo of trucks, the authorities picked up on a number of defects, including the fact that auxiliary engines were not operational.

Owners acquired a generator from another of Manoli’s companies, but the vessel was then arrested for non-payment for bunker fuel and, bizarrely, for the failure to pay for the generator from Manoli’s own company.

“We couldn’t find a major conspiracy,” said Belford, but the issue of the ownership of the vessel, the cargo of ammonium nitrate and the opaque structures constructed to hide the companies activities are a major ongoing issue within the industry.

Just as worrying is OCCRP’s quote from European intelligence sources investigating the blast, who spoke to reporters on the condition of anonymity, “The amount still stored in the warehouse by August may have been smaller than the initial 2,750 tons. They said the size of the explosion was equivalent to as little as 700 to 1,000 tons of ammonium nitrate.”

A lack of security at the port could have seen this explosive stolen, but the question is where is it now?