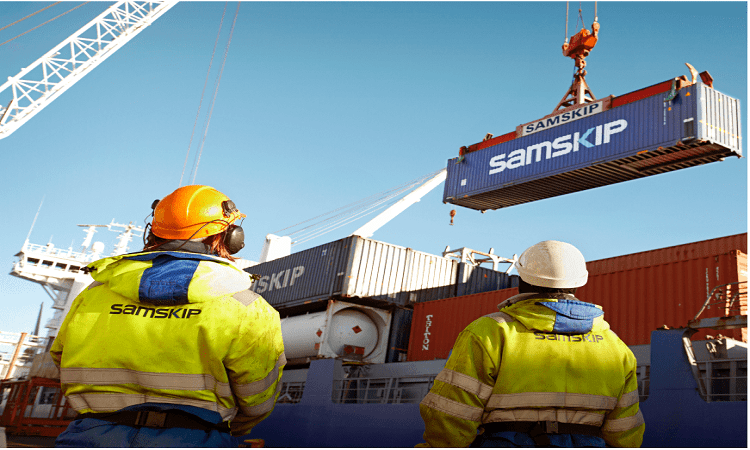 A preliminary court hearing in The Netherlands has ruled that the Non-Seafarers’ Work Clause, the so-called Dockers’ Clause of a collective bargaining agreement (CBA) which came into force on 1 January, should be set aside during the current pandemic.

In a case brought to court by the trade unions in an effort to get seafarer employers to comply with a negotiated CBA, the court felt that there was an issue with the “reasonableness and fairness” of the negotiation of this agreement, according to lawyers acting for the employers, in this case a number of feeder shipping lines and ship management companies.

Lawyers for the employers, including owners and charterers, successfully argued in a Rotterdam court that they were not a party to the CBA and that the agreement gave, poorly educated and demotivated, Dutch dockers a monopoly on container handling services.

Shipping lines want to continue the practice of crew handling lashing operations, which the unions say crew are not trained to do and therefore the practice is unsafe. In a preliminary hearing the court decided that the safety issue was not conclusive and that the current pandemic made it difficult for employers to comply with the Docker’s Clause.

The hearing took place on 6 August, but the ruling was released on 27 August, with the judge saying that compliance with the Dockers’ Clause during the current pandemic is “onerous” for ship managers and operators and that therefore “The interests of the Shipowner and the crew in the context of (public) health outweighs the importance of claimants in the present observant [sic] of the Non-Seafarers Work Clause.”

Furthermore the court decided that the Dockers’ Clause may be considered anti-competitive, in the sense that it contravenes EU competition law. A further hearing will be heard in the future to determine a final ruling on the case.

One of the Plaintiffs in the case, the International Transport Workers’ Federation (ITF) said today, “We are waiting for an English language translation of the judgment before we can analyse the outcome in detail.”

The ITF added that, The Dutch court, “Unfortunately, refrained from immediately ordering a shipowner and manning agents to comply with the Non-Seafarers’ Work Clause.”

The union said, “Despite the decision to dismiss the unions’ preliminary request to prohibit the lashing by seafarers immediately in advance of the results of main proceedings, unions believe that the agreement is clear that this cargo handling work must be undertaken by trained, experienced dockers when they are present; putting an end the dangerous practice of fatigued seafarers undertaking lashing.”

Representatives from the law firm AKD Benelux, who represent the charterers, said “The Shipowner does not dispute that it is contractually bound by the Special Agreement containing the Non-Seafarers Work Clause, but appeals to the reasonableness and fairness, the relative impossibility of complying in the changed circumstances.”

AKD Benelux lawyer, Gerdien van der Voet, told Container News, “The charterers and owners were not involved in the negotiation of the Dockers’ Clause,” she added, “They [owners and charterers] were confronted by a fact over which they had no influence.”

However, van der Voet conceded that it was not possible for all owners and charterers to be involved in collective bargaining negotiations and the Joint Negotiating Group (JNG) which handled the discussions with unions did have representatives from the ship owners and others involved.

In addition, on the ruling that the Dockers’ Clause may be considered anti-competitive van der Voet said it could be seen that the dockers’ unions had negotiated with a Dutch company, ILS Matrans to “extend its monopoly position,” through a collective bargaining agreement.

As such the dockers’ side of the unions, which van der Voet claimed was “the teeth of the ITF” were denying the seafarers work and pay through bonuses. Furthermore, the broader CBA negotiated with the ITF was “not a benefit for seafarers or employers,” but benefitted dock workers who were “Losing their jobs due to automation.”

What is more, the lawyer claimed that lashing completed by dockers was often unsafe as the dock workers were not as motivated as the crew to lash securely, because they did not have the same incentive. The crew were going to sail on the vessel and it was in their interests to have properly stowed cargo.

The lawyer said, dockers were of “low education” and were “not as motivated” to handle lashing operations safely, which meant that the “crew had to check” that the containers were safely stowed. Although, van der Voet, who’s first language is not English, did also add that “low education was perhaps not the correct phrase.”

Trade union representatives have long argued for a change in regulations because they say that lashing by crew can be unsafe and in some cases has caused death and serious injury. While it says that some lines have flouted the regulations, following the introduction of the Dockers’ Clause.