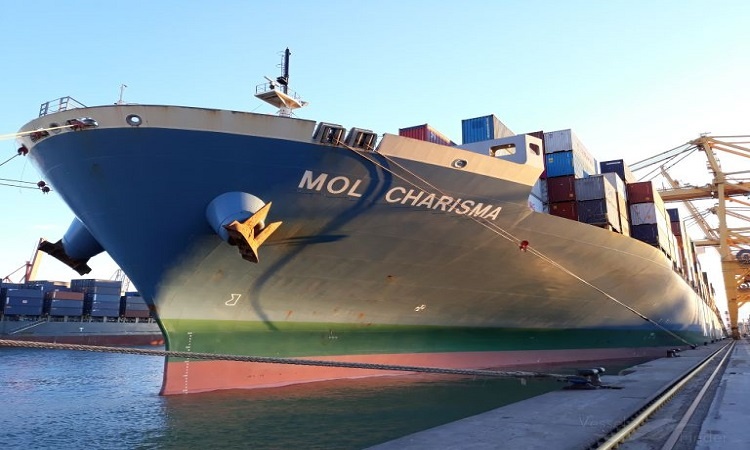 Hapag-Lloyd has confirmed that its chartered container vessel MOL Charisma experienced a cargo fire in hold No.5 on 1 September at approximately 250 miles east from Colombo in Sri Lanka.

The fire occurred during the voyage of the 8,110TEU boxship from Port Kelang in Malaysia to Nhava Sheva in India. The vessel is deployed in the German carrier’s Pacific South 3 (PS3) service which calls at Indian Subcontinent ports and the US West Coast via Southeast and Northeast Asia.

The fire is under control, according to Hapag-Lloyd, after discharging CO2 into the cargo hold to prevent the fire spreading, with the 2007-built vessel now in the port of Colombo, awaiting inspection, according to the line.

In addition, all the crew members were unharmed in the incident and there is no pollution reported at the moment.

“We are evaluating any potential impact on vessel and cargo operations and berthing dates for the subsequent ports of rotation as the vessel schedule will be changed, as this vessel, after completion of the PS3 voyage, was originally scheduled to be deployed in our Indamex service between the Indian Subcontinent and the US East Coast,” stated Hapag-Lloyd

The Indamex voyage will instead be performed by the MOL Courage, added the German shipping company.