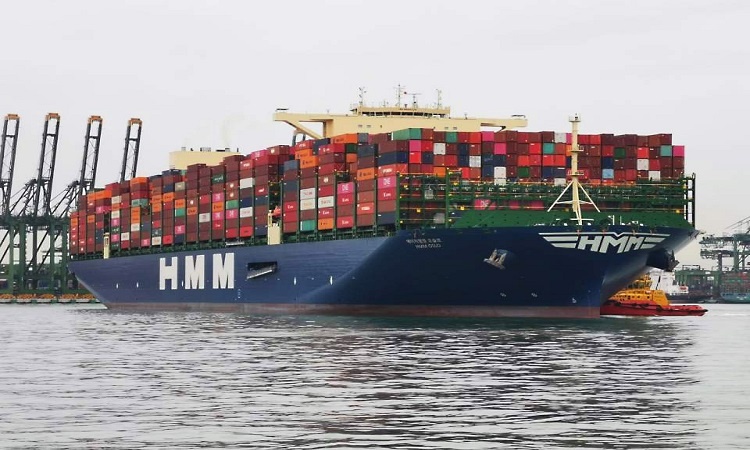 A spread of the container shortages in the major east-west trade lanes has spread to the intra-Asia trades, causing rates to rise sharply as a backlog of export cargo builds in Korean ports said an HMM statement.

Vessel delays and blanked sailings have been on the increase since China’s Golden Week in mid-October, though HMM said it is “highly geared” to the repatriation of empty containers to Asia from the US, Europe, and West-Asia in an effort to ease the critical situation.

“Although the fourth quarter is normally a traditional slack season for the container sector, container transported volumes are expected to remain strong as retailers in the US and Europe have continued to replenish inventories ahead of the year-end holidays and the Chinese New Year in 2021,” said the carrier.

Under pressure from the Seoul Government to free containers and add capacity to help the country’s exporters HMM has extended its extra loader programme to February next year.

“The re-emergence of the Covid-19 pandemic in the winter season is indeed a serious threat to the global economy. In addition, the continued trade tensions between the US and China and, most recently, the US presidential election will have a considerable impact on global trade,” said the line.

Economic tensions may soon be eased, following the election of vice-president Joe Biden, but the carriers have, up to now, managed the pandemic successfully, pushing up rates to unprecedented levels in some regions boosting their incomes.