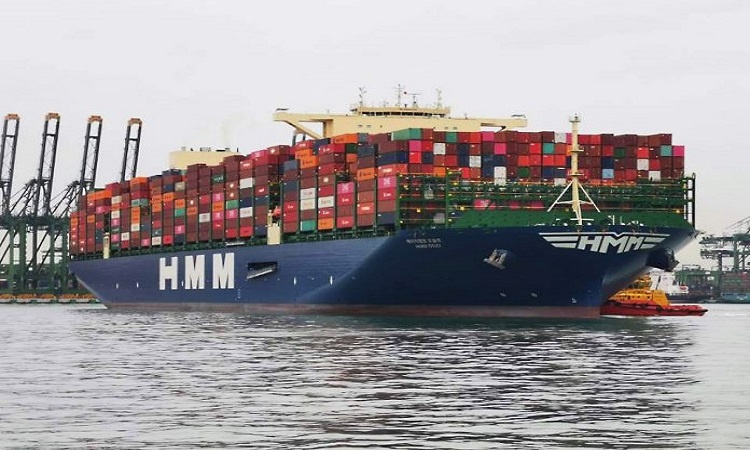 Profits on considerably lower volumes are the trend in this pandemic blighted year. But South Korea’s serial underachievers at HMM, normally the onion in the apple pile, said its membership of THE Alliance (THEA) and its new 24,000TEU vessels have reduced costs and boosted income.

According to the line operating profits in the first half year were largely achieved through the rationalisation of services, cost reduction and increased freight rates.

The company said, “The profitability in the main East-West trade lanes contributed to enhanced business performance. However, the market outlook remains uncertain as coronavirus can re-emerge for the upcoming winter season and growing geopolitical tensions between US and China are definitely one of the most important variables.”

One of those major trades is the Transpacific which HMM expects will see a further increase in volumes in the short-term.

Sea-Intelligence said that June figures have seen a smaller decline on the Transpacific routes as the US has opened it economy, with laden import volumes down “only” 7.3%, year-on-year, and total handled volumes down 9.8%.

“Given these volume developments, it appears as if the Transpacific trade is over the Coronavirus hump, and perhaps is the indication which prompted the carriers to increase capacity in Q3, which, for Asia-North America West Coast stands at 13.1% year-on-year and 16.6% year-on-year on Asia-North America East Coast. This is the strongest capacity growth in a decade,” said the Danish consultancy.

While HMM believes that Intra-Asia trade will remain “challenging amid mounting competition between carriers and oversupply of capacity,” the outlook for the Asia to Europe will continue to be fair with a balanced supply and demand situation on the trades.