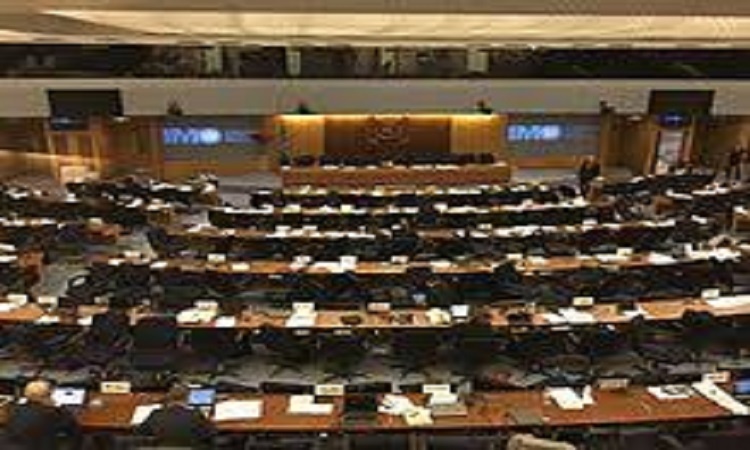 International Maritime Organization’s (IMO) working group presented a draft text containing further measures to cut ship emissions. The text has sparked criticism by various NGOs and maritime organizations and has been described as unambitious and vague.

The remote meeting, which saw the participation of a number of governments around the world, was held from 19 to 23 October 2020.

Specifically, the proposed amendments to the MARPOL convention would require ships to combine a technical and an operational approach to reduce their carbon intensity. This is said to be in line with the ambition of the 2018-adopted initial IMO GHG Strategy, which aims to reduce carbon intensity of international shipping by 40% by 2030, compared to 2008.

While the EEXI reduction rates are established and listed in the draft MARPOL amendments to be discussed at next month’s Marine Environment Protection Committee (MEPC) meeting, the CII rating mechanism still lacks important details such as how should carbon efficiency be measured, and which reduction factors should be used to calculate annual limits for CII for each ship, BIMCO, the world’s largest shipowners association, explained.

“The IMO initial strategy’s ambition to improve carbon efficiency of the fleet by 40% by 2030 compared to 2008 is silent on how carbon efficiency shall be measured. Thus the 2030 ambition may, or may not, result in lower total emissions from the fleet – it all depends on the metric chosen and resulting change in operational behaviour of ships,” BIMCO said.

NGOs: IMO fails to implement its own GHG reduction plan

Although hopes for bold action to reduce shipping GHG emissions were high, the outcome of the recent meeting ended up less positive.

AsTransport & Environment (T&E) pointed out, the impact of the new decision “will not cap, let alone reduce, shipping emissions this decade”.

NGOs believe that many countries, in pursuing the new outcome, have actively worked to undermine the Initial Strategy goals of the IMO, and have knowingly broken their Paris Agreement commitment to pursue a 1.5/2ºC compatible emissions reduction.

“We urge all countries to reconsider their support for the J/5 decision ahead of MEPC75 this November 16-20, and reject it, unless it can be fundamentally strengthened,” John Maggs, president of the Clean Shipping Coalition, which has observer status at the talks, said.

“Governments have ridden roughshod over the Paris Agreement by agreeing a measure that will see ship emissions grow for decades to come. The UN maritime agency again showed the world it can only deliver cosmetic changes,” Faig Abbasov, shipping programme director at Transport & Environment, stressed.

“EU countries should work through the European Green Deal to fill the gap left by the IMO.”

According to the NGOs, the proposal still contains no carbon intensity target, and somehow, reduces the stringency of the required EEXI for many ship types. This means the proposal would, at best, now curb GHG by only 0.65% to 1.3% by 2030 compared to “business as usual pathway” without IMO regulation.

What is more, non-compliant ships will be able to continue underperforming for three consecutive years before they even have to file a plan to make improvements, and can easily game underperformance indefinitely by ensuring one compliant year every three years.

Additionally, all clauses that would create consequences for non-compliance – such as increased EEXI stringency or ultimately revoking a ship’s statement of compliance – have been removed.

“The weaknesses of the “J/5” text violate the initial IMO GHG Strategy in three key ways. It will fail to reduce emissions before 2023, will not peak emissions as soon as possible, and will not set ship CO2 emissions on a pathway consistent with the Paris Agreement goals,” T&E continued.

“We cannot tell the public that progress is being made when their representatives come to IMO just to thwart CO2 regulation on the industry to protect short-term profits, rather than protecting their own citizens from the escalating impacts of the climate crisis.”

No more incentive to invest in green technologies?

By looking at the CO2 emissions of individual ships rather than the total fleet’s emissions, the proposal removes the incentive to invest in and develop the greenest zero-emission ships, Danish Shipping noted.

“Overall, we are in favour of looking at the actual conditions and not committing to theoretical proposals. Container ships and passenger ships should not, of course, be measured in the same way. Ships must be measured based on how much they have actually transported and not on how much capacity they have,” Maria Skipper Schwenn, Director of Safety, Environment and Maritime Research at Danish Shipping, said.

Commenting on the new proposal by the IMO working group, Skipper Schwenn said that it is a “disappointing result”.

“We must simply note that, unfortunately, the IMO’s Member States were unable to deliver the goods this time.”

” This is worrying for Danish shipping companies, which are clearly calling for an enforceable regulation. It should promote innovation and the transition towards CO2 neutrality, and also take into account small and large shipping companies and different types of ships.”

Danish Shipping believes that the “vague” regulation must be addressed at the IMO’s Environment Committee’s meeting in November.

“Here, every effort must be made to achieve a regulation that actually guarantees efficiency improvements and provides incentives for investment in and transition to green fuels,” Skipper Schwenn concluded.