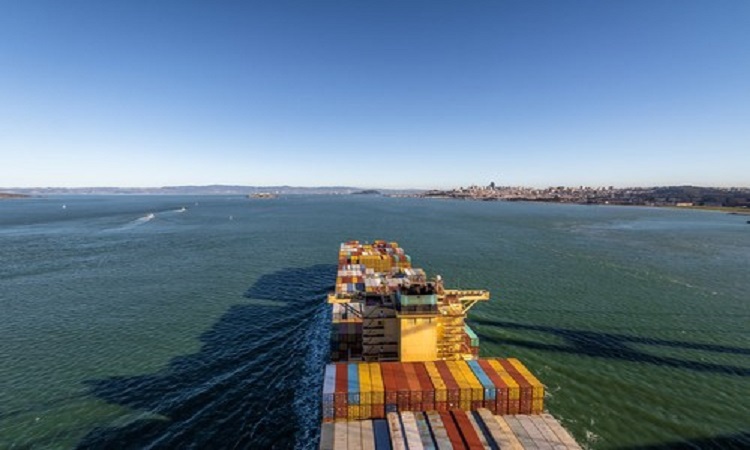 Change is inevitable. And so it is that shipping has arrived at a moment where transformation is coming one way or another. Whether from environmental regulation, technological innovation, political expediency, economic imperatives or global pandemics that drive that change.

It is sometimes difficult to understand where the impetus for change has come from. But in today’s globalised market the stimulus for change is clear; they are a mixture of pandemic, new technology, political expediency and economic imperatives.

One interacts with another to create the conditions that drive change. The container shipping sector was serenely sailing towards that change when Covid-19 caused the global economy to run onto unforeseen rocks and come to a sudden, and calamitous halt.

Today’s global economy was reeling from the trade war between China and the US, before it ran into the global pandemic that has become a major disruption to both production and consumption, bring economies to a virtual standstill.

Emerging from the tatters of the old world there is an expectation that there will be a new standard, the debate is how different that standard will be? For some there will be radical change, others believe changes will be incremental.

Dr Kerstin Braun, president of the London-based financier Stenn International believes that the container shipping industry is about to experience substantial change. Not that Braun said that exactly, but her comments suggest that a quarter of manufacturing could move away from China.

“Covid revealed that global supply chains had grown too lean with no inventory fail-safes, and production was too concentrated in China. To rebalance, it is estimated that companies will move up to one-fourth of their production to new countries over the next five years,” claims Braun.

Barclays’ senior shipping analyst Mark McVicar believes that Braun’s is an “extreme view” given the complexities of shifting supply chains for many larger companies. McVicar points to the ease of shifting a factory that, “Manufactures T-shirts, but if you have a complex supply chain such as that for building cars you need skilled labour and you would need to rebuild the supply chain that supports that production.” He concluded that this type of production would far more complex to transfer from one region to another.

For McVicar the container shipping is cheap and fast and has had enormous successes over the last 50 years, including during the current crisis. “Cargo was transported and it was delivered with very small exceptions, the supply chain didn’t break,” argued McVicar.

He went on to say that in both the first and second quarters cargo was handled successfully with some pressure points, some delays and bottlenecks at the ports, but by and large, “The shipping lines were proud of their achievements, they did well, even with high levels of absenteeism,” he said.

In arguing that radical change is on its way Braun says, “Before Covid, there was already a revolution in logistics to digitise processes and become more integrated with global trade functions such as financing.”

An intensification of that digital transformation was brought about by the pandemic. “The situation has become more complex now that logistics companies now need to quickly adapt to shifts in trade flows and changing demand for warehousing. There will be consolidation in the industry as smaller logistics providers close their doors or are absorbed by bigger players,” forecast Braun.

Although Braun accepts that major manufacturers have been “financially hit by Covid and don’t have the resources to fully re-engineer supply chains,” she believes that there are alternatives for those companies looking to secure supply chains in the future.

“Options range from finding one additional supplier country, the ‘China plus 1’ option, to nearshoring by moving production closer to home, or complete reshoring, by moving all production back to the home country.”

OF the three options the most likely to be taken by most producers are the cheapest options. “We believe companies will go for the first two options due to cost constraints and the disruption involved,” said Braun.

McVicar expects carriers and manufacturers to maintain their stance given the benefits that offshoring has brought them, with low labour costs and cheap transportation there will be some movement, but it will not be as significant as some may believe.

“Offshoring peaked five to 10 years ago, but “Spreading manufacturing around Southeast Asia, Eastern Europe and Mexico, a disbursement of production, there has been no rush from one to the other to spread the risk of rising labour costs or currency fluctuations,” said McVicar.

According to the Barclays analyst western producers have benefitted from Chinese production by managing to hold inflation down.

“There is no benefit to taking a plant out of Shekou and putting it in Pennsylvania, costs will be much higher and consumers won’t accept that change,” said McVicar, adding that the “net benefit to them [western companies] was enormous.”

However, Braun argues that a shift of production has already started, “There are already many examples of shifting production. For instance, in electronics, Taiwan iPhone maker Foxconn has indicated it will move some production out of China, and Samsung is moving its computer production to Vietnam. In automotive, Hyundai is winding down production in China and Mazda has increased capacity in Mexico.”

For Braun the chief driver is the security of the supply chain, which will secure a company’s income, reducing potential losses, rather than the de facto cost savings from maintaining the current supply chain mechanisms.

One element of agreement between the two views is that a Donald Trump victory in the US elections on 3 November could present new challenges.

However, protectionism although presenting some difficulty can be difficult for a US president to enforce. Sending cargo to Southeast Asia, relabelling it and exporting it to the west is already happening, and in the long run may be difficult to prevent.

Braun believes tariff evasion has become increasingly difficult. “This practice is not easy to achieve in large volumes and has become less feasible as the tariff war has lingered, since the authorities have stepped up efforts to minimise tariff evasion.”

Which ever side of the debate you take, there is an acknowledgement that supply chains are changing, whether that is through a radical transformation as foreseen by Braun or the gentler, incremental changes considered by McVicar, the industry must prepare for the inevitable.