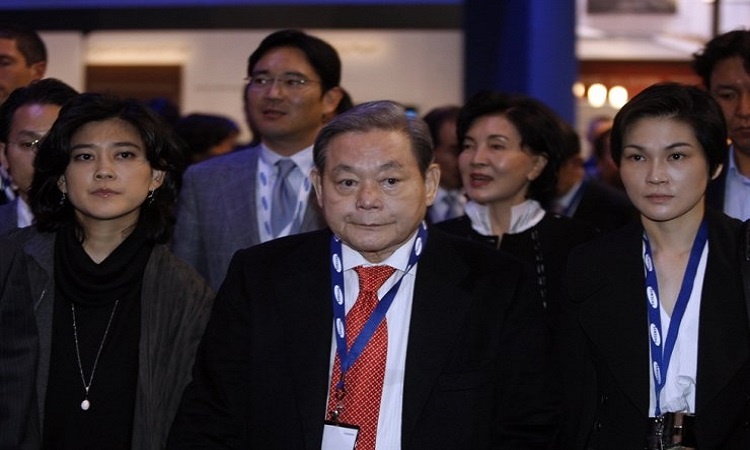 Lee Kun-hee, Samsung Group Chairman has died. He was the Tech City Content Counselor. He breathed his last on Sunday. At the last moment, Lee Kun-hee got his family by his side.

His family did not say anything about the cause of death. Earlier, he had a heart attack in 2014. He has been bedridden ever since.

In his lifetime, he turned Samsung into one of the world’s largest technology companies. Lee was the richest man in South Korea. His net worth is  21 billion. Samsung said in a statement that everyone at Samsung will remember him. We are grateful to him for being able to walk the path together.

The Samsung Group was founded in 1936 by his father, Lee Bae -ung-chul. The Lee Kun-hee family, the third child of the parents, joined the business in 1986. After the death of his father in 1986, he became the chairman of Samsung.

At that time, Samsung used to produce cheap and low quality products, but this picture was completely changed. Renew the whole company.

He told the workers in 1993, “Let’s change everything except the wife and children.” At that time, the entire stock of Samsung’s mobile phones was burnt. Lee did not speak much in the media, so he was known as a recluse. South Korea was able to bring economic prosperity after the Second World War with the help of Samsung.

He was forced to step down as chairman in 2008 on charges of tax evasion. In 2009, with the special pardon of the President, he was able to avoid 3 years of imprisonment. The following year he returned to Samsung as chairman.

One thought on “Lee Kun-hee, Samsung Group Chairman has died.”