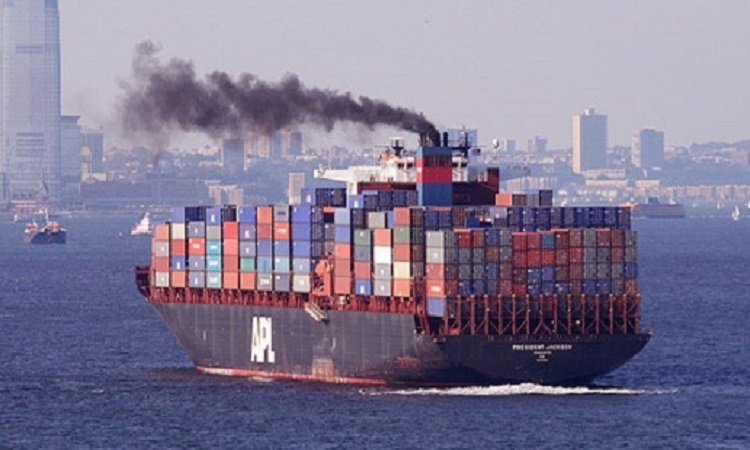 The World Shipping Council (WSC), which represents around 90% of the world’s container shipping lines, has voiced its “serious concerns” with European Union proposals to expand its Emissions Trading System (ETS) to include shipping.

In a paper published on 10 September the WSC believes that the European Commission (EC), by using its Monitoring Recording and Verification (MRV) tool as the basis for its ETS charges, will cover a geographical area that goes far beyond the scope of the European Union.

“The MRV regulations and those applicable in an EU ETS or in ‘EU operational efficiency standards,’ if applied to extraterritorial voyages, would be quasi-global in their reach and would impose emission charges on voyages that extend thousands of miles across the globe and within the jurisdiction of multiple States that are far removed from the EU,” said the WSC report.

According to the WSC’s president and CEO John Butler the ETS, if imposed on the industry, could cost up to €3.45 billion (US$4.08 billion) a year, if the charge is imposed at the rate of €25 (US$29.62)/tonne of carbon, the charge for the ETS at the beginning of this year. More recently the charge has increased to over US$30/tonne.

Another concern for the WSC is that other nation states could adopt a similar stance and impose a carbon charge with an overlapping geographical reach.

Butler argues, that “multiple unilateral systems would either cause multiple overlapping charges or the need for bilateral or multilateral agreements.  Such agreements can take years to be agreed, if indeed they can be agreed at all, so it would be unrealistic/naïve in our view to think that the overlapping regulation/charge problem can be neatly and quickly handled through international agreements.”

Moreover, Butler points out that just because you impose a system it does not mean that system will operate as expected. “Put bluntly ‘doing something’ is not the same as ‘doing something that will reduce emissions’,” he said.

In addition the WSC points out that imposing a penalty for an activity that causes air pollution, in order to encourage a reduction in that pollution is only feasible if the technology exists to mitigate the emissions.

“In other words, a financial incentive to change behaviour only works if there is an alternative behaviour available, and those alternatives are not in fact available today.  This is one of the reasons that the industry is pushing so hard to set up an International Maritime Research and Development Board (IMRB) through the IMO to do the research, engineering, and development work necessary to bring alternative fuels from concept to reality.”

The question, according to Butler and the WSC, is whether the EU’s ETS will add anything to the International Maritime Organization (IMO) policy moves to decarbonise, and the answer to that, he says, is that the ETS has been criticised even by industries that are easier to decarbonise than the maritime sector.

He adds, if it is assumed that by introducing the EU ETS for shipping would reduce emissions, and not simply raise costs and generate EU income, “what would be the collateral damage of implementing that EU system to the prospects of enacting global and more effective measures at the IMO?” He asks.

Butler believes, “There are real dangers that any reductions gained from an EU system would be outweighed by the damage done to global progress at the IMO.  That damage could happen at several levels.”

In the first place there it could cause diplomatic tensions with non-EU states which would hamper the discussions at IMO level.

“In this regard, it is worth recalling what happened in the early 2010’s when the EU tried to bring international aviation into the ETS and was forced by pressure from trading partners to reverse course. That dust-up clearly delayed global action on aviation at ICAO [the International Civil Aviation Organisation],” argues Butler.

Furthermore, once countries head down the unilateral systems of carbon pricing they become used to the revenue that the carbon system brings in, that makes it harder to introduce a global system of carbon control, because, according to the WSC, those states would then be reticent to relinquish the control of those funds.

Finally, Butler believes that the EU must channel its efforts to speed up IMO regulation rather than circumventing the global regulatory system.

“The IMO takes action by consensus or vote of its Member States, and the EU represents the largest voting bloc in the IMO. When the EU says, “the IMO is too slow,” it is in a very real sense also saying, “we are too slow,” said Butler.

He added, “The EU can and has in the past shown real leadership in the IMO, and if it were to channel its ambition on reducing GHGs from shipping into the IMO’s efforts, that would have a positive effect on the speed and effectiveness with which the IMO acts.”

Up to the time of publication Container News¸ had not received a response from the European Commission.