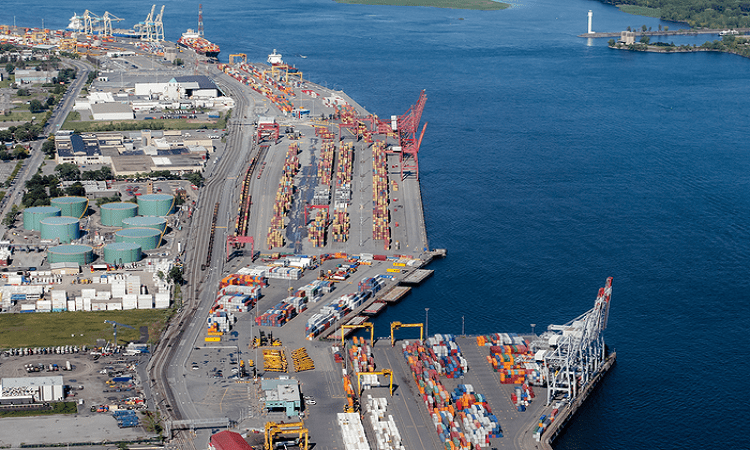 At a cost of up to C$950 (US$727.7) million the terminal expansion will be sited 40km downstream from Montréal with construction of a 675m quay with two berths and will be capable of handling vessels of between 39,000 and 75,400dwt. The construction is scheduled to start next year.

“The project will also include the development of a seven-track rail yard, a container storage and handling area, an intermodal rail yard, support buildings, rail and road access buildings, and a truck control area,” said the report.

Some 1,000 jobs will be created at the terminal when it is constructed, with a further 5,000 jobs created during the construction of the facility.

According to the report, the Montréal Port Authority also plans to add two further development phases at a later stage, which will increase the maximum annual capacity to 3.5 million TEU within the next six decades.

The draft environmental assessment report offers a summary of the analysis carried out by the Impact Assessment Agency of Canada regarding whether the proposed terminal expansion at Contrecoeur will have significant adverse environmental effects, following the implementation of the proposed mitigation measures.

A statement in the report said that the Minister of Environment and Climate Change will review the final environmental assessment report before he makes his decision under the Canadian Environmental Assessment Act, 2012 to permit the construction of the facility.

One thought on “Montréal Port expansion commence next year”