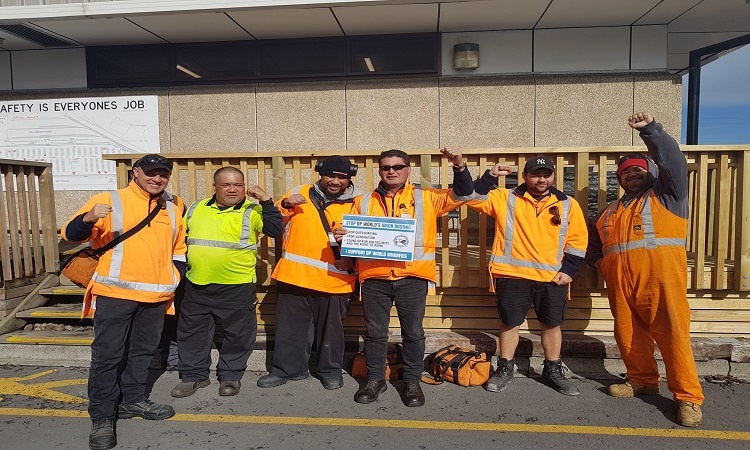 The Maritime Union of Australia (MUA) has written to Patrick Terminals voluntarily withdraw all union action up to the date of the Fair Work Commission (FWC) hearing scheduled to take place on 26 and 27 October.

In a statement the union said it had updated its offer to the company, saying it would roll over the existing deal for two years, with an “extended period of industrial certainty,” that would come with, what it says is an industry standard 2.5% annual pay increase.

The MUA has managed to agree a deal with DP World Australia, but the union and Patrick Terminals have failed to reach a similar, with the MUA agreeing to a moratorium on industrial action, but Patrick calling for the courts to remove the dockers’ right to strike.

According to the MUA, “The deal collapsed after the company insisted workers choose between substantially lower pay rises, or changes to the existing agreement that would allow the massive casualisation of the workforce, stripping away job security in the midst of the Covid crisis.”

Patrick’s offer was 1% lower per year than the offer made to other dockers, including Patrick’s jointly owned Qube Logistics.

The hearing at the FWC is an attempt by the terminal operator to have dock work redefined as essential labour, thereby preventing industrial action by law.

MUA Steps in this Situation

MUA national secretary Paddy Crumlin rejected this view saying the union would not allow Patrick Terminals to use the cover of Covid to strip away dockers’ rights.

Crumlin added that he was dismayed by the company’s rejection of a peace deal that would have brought this dispute to an immediate end.

“Our formal offer to the Fair Work Commission had no strings attached, it would simply have seen the existing workplace agreement that Patrick previously negotiated continue, resolving the current dispute and allowing a process of genuine negotiation to commence,” said Crumlin.