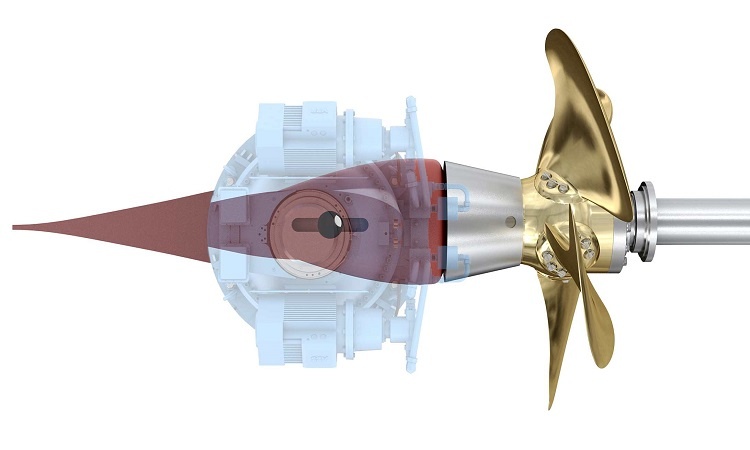 Fundamental changes are occurring within the global shipping industry. New regulations, greater demands from increasingly environmentally conscious customers and higher fuel prices mean that being competitive and maintaining a financially and environmentally sustainable business is a bigger challenge than ever before.

There are many green technologies available to the global shipping owners, and I have encountered a majority of them during my time as CEO of the tanker operating company Laurin Maritime. It is not an easy task to know which to invest in and which will deliver tangible fuel savings with a short return on investment (ROI). You don’t want to take a large capital expense for something that doesn’t deliver instant quantifiable benefits to your ship’s daily costs or operational efficiency.

That said, the time for ship owning companies to make investments in technologies that will reduce fuel consumption, emissions to air and polluting effluents to water is now. There has never been greater pressure from shipping’s regulatory body, the International Maritime Organization (IMO), on us in shipping to clean up our act, and the deadlines are approaching fast. In addition to the international regulations, pressure is also mounting from regional regulatory bodies.

Not least the EU, whose parliament voted to introduce shipping into its Emissions Trading System, on 16 September.

Investment in clean technology should be viewed as an investment in a company’s future operating profits, but is also a necessity.

I have seen countless examples of significant wastage of energy on otherwise well-run vessels over the years. Perhaps, your vessel is one of them? I believe preserving energy gives multiple benefits, including reducing emissions, lowering costs, postponing maintenance and strengthening corporate image.

During my days at Laurin Maritime shipping, I came across propulsion optimization technology that literally saves fuel every second. My initial take on the technology was that of a skeptical ship-owner that questioned if the product really works and if so, why this hasn’t been done already or by someone else. But the estimated saving levels were encouraging and eventually Laurin Maritime became one of the first customers of the company that produced the technology: Lean Marine.

In 2014, we installed Lean Marine’s Fuel Opt system on six vessels, and some time thereafter implemented it across our entire fleet of medium range oil and chemical tankers. Installation was completed in a few days, with no off-hire time required and the operational efficiencies gained, and fuel savings were pretty much instantaneous.

In practice, this equates to direct fuel savings of up to 15%, depending on the type of propulsion, trade and existing system settings for the vessel. With the Fleet Analytics vessel performance management software, an additional 10% can be saved by improving voyage execution. This means that when it comes to ROI, these two systems have a quick return on investment time of usually less than a year.

So, convinced by the power of propulsion optimization technology to seize the easy wins in vessel performance optimization, since 2018, I have sat on the technology provider side, as the CEO of Lean Marine. Therefore, I can share my experiences as both a user and developer of vessel efficiency enhancing technology.

On the bridge, the crew has full control to set the vessel speed, engine power or maximum allowed fuel consumption, or a combination of these. Advanced technologies such as Fuel Opt can keep a real time eye on the vessel’s performance and continuous variations in weather, hull resistance and load condition through the sensors onboard and the system carefully controls the propulsive power to achieve stable and predictable vessel speed or consumption. This way, power peaks are avoided, and fuel consumption is significantly reduced.

The ordinary procedure on a vessel is that the bridge crew aims to control speed and consumption through the lever on the bridge, which controls engine RPM. Changes are seldom made more often than every couple of hours according to changing voyage conditions. This indirect way of aiming to control speed and/or consumption causes costly variations in speed and power caused by human factor and adjustment frequency. To improve the efficiency, one person must constantly monitor and make manual adjustments nonstop. This is an arduous task and prone to be affected by human errors. These tasks can be automated, and FuelOpt is one example of this.

For vessels with controllable pitch propellers, the vessel rarely needs their full engine power and operates in varying load and weather conditions. It consistently operates with a lower propeller pitch and this causes huge hydrodynamic losses. Thus, controlling the pitch and RPM separately enables the vessel to reach maximum propeller thrust for the least power, and this saves large amounts of fuel and lowers its CO2 emissions. In addition, there are other benefits, it also acts as a dynamic tuning system for the propulsion machinery to ensure that the engine and propeller operate at optimal conditions and adds an extra layer of operational safety by avoiding overload risk on the engine system and propulsion line.

Performance transparency is very important to reach operational excellence. Ship operators need to monitor and analyze vessel performance more frequently than can be done using daily noon reporting. If you can measure it, you can manage it. Down in the engine control room, crew can receive detailed feedback and logs on the running parameters. You need the right tools onboard to do this, but you also need to educate people on using these tools.

From a previous vessel owner and operator who has benefited from sitting on both sides of the table, my message to the companies operating the global fleet is to make the investment in propulsion optimization to stop energy waste at sea.

I believe that advanced technologies will play a big role in shipping industry and today, we provide automated fuel savings through advanced algorithms but make sure to hide the complexity behind user-friendly interfaces. This is the technology to invest in for ship operators looking for guaranteed immediate fuel savings and to curb energy wastage at sea.

Mikael has been the CEO at Lean Marine Sweden AB since 2018. Prior to that, he acted as the CEO of the Laurin Maritime group of companies for many years. Laurin Maritime was an established operator of modern tankers for chemicals and oil. The company managed a fleet of about sixteen 45-50,000dwt chemical class ships. Mikael was also one of the founding partners of the strategy and management consulting company Consiglio AB.

As the maritime sector enters a period of transformation to a zero carbon future the onus will be on owners to find mitigating technologies to reduce emissions, but also to cut costs as the price of fuels increases, and Mikael Laurin, CEO – Lean Marine, believes he’s in a unique position to offer advice.