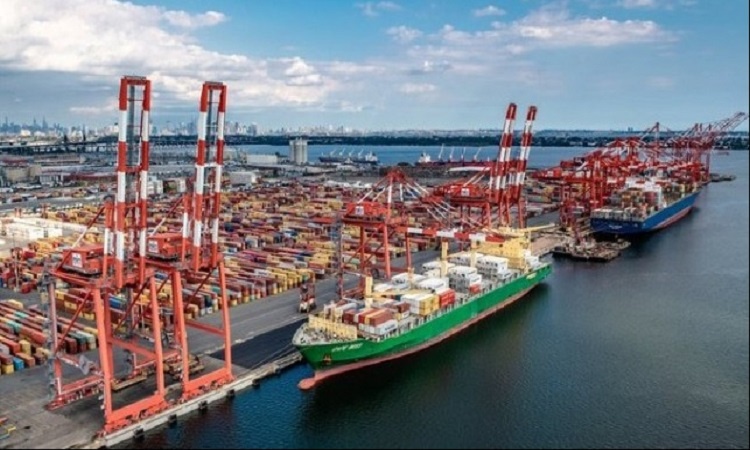 The Port Industry of New York and New Jersey has become the second-largest container port in the United States. According to a new economic impact study released by the New York Shipping Association, significant investments to upgrade the infrastructure of the port have positioned the operations to meet the growth needs of the shipping industry and created a significant economic contribution for the region.

Nearly $2.9 billion in recent infrastructure investments have included the raising of the Bayonne Bridge to create greater clearances for a new generation of larger ships as well as improvements in terminal buildings and berths, cargo handling equipment, intermodal rail infrastructure, and roadways. As a result, the Port of New York and New Jersey was repositioned able to handle the new larger neoPanamax vessels.

As a result of this growth, the region’s maritime facilities handled a nearly 20 percent increase in container volume to nearly 7.5 million TEUs between 2016 and 2019. The port area also saw a more than five percent in total cargo volumes between 2016 and 2018 to 50 million tons along with nearly 102,000 tons of breakbulk cargo. The ro-ro traffic included close to 578,000 vehicles passing through the port.

The study conducted by the North Jersey Transportation Planning Authority looked at the port’s impact on a 31-county region in New York, New Jersey, and Pennsylvania and provides data on the economic impact to the states of New York and New Jersey. The Port Industry of New York and New Jersey accounted for nearly $12 billion in tax revenue, supported over 500,000 jobs, and was responsible for $36.1 billion in personal and $99.5 billion in business income in the region in 2019, according to the report.

The port industry currently employs 239,100 workers and supports another 267,250 indirect jobs, a 26 percent increase in total supported jobs since 2016 according to the study.