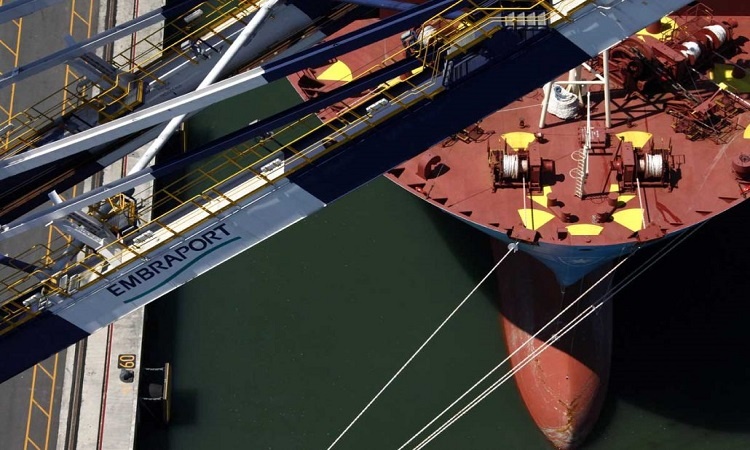 Unprecedented spot rates approaching US$4,000/FEU moving from Shanghai to Brazil’s principal port Santos have surpassed the cost of shipping the same box from Asia to Los Angeles as the Asia-ECSA trade is set to establish itself as the world’s hottest trade route in October.

While container lines are showing signs of bowing to pressure from the Chinese and US governments to slow the stratospheric surge in spot rates on shipments to ports on the west and east coasts of the US, lines continue to turn up the heat on shippers to South America.

Lines have pushed rates up to levels eight times higher than the US$500 low recorded at the end of June. Effective management of capacity with blank sailings coupled with a return of demand from Brazilian retailers has permitted lines to restore rates to levels of profitability never seen before on the trade.

Hapag-Lloyd has been able to implement US$2,100 of general rate increases (GRIs) in the last two weeks alone. The latest US$700 GRI scheduled by the German line for 1 October will push rates through the US$4,000/FEU threshold for the first time.

The Shanghai Shipping Exchange has the price of a 40ft box from Shanghai to Santos at US$3,958/FEU, up 691% since July.

Notably during the same period the trade lane passed the spot rate of US$3,863/FEU for the same box to be shipped to Los Angeles.

“Initially rates actually declined sharply as the pandemic hit the trade and carriers did not remove capacity,” said Lars Jensen, co-founder of Sea-Intelligence Consulting. “Capacity was then removed, and rates rebounded. Now we are far beyond a rebound to the ‘normal’ levels.”

A reversal of the traditional imbalance on the trade has compounded the sharp increase in rates, according to Maersk ECSA managing director, Julian Thomas.

“In recent months we have seen a general shortage of equipment in the market, specifically skewed towards 40ft high cube (HC) containers which are predominantly used by customers booking on those trades, which are the strongest performing in the current market,” Thomas told Container News.

“This trend is further strengthened by bottlenecks across global supply chains caused by the general volatility from the pandemic. Demand has increased on the Asia-ECSA and other trades to ECSA driven by higher demand and stock repositioning ahead of Black Friday and Christmas, despite the slow recovery in the EC South American economies.”

It’s unlikely that the runaway rates are set to soften any time soon, according to Jan Hinz, senior director of ocean freight at freight forwarder Flexport. He said that while there would be some mild respite on the horizon for shippers it would only come towards the end of October.

“Conditions will only moderately improve,” he said. “All ocean freight services are 110% utilised through the end of September and will spill over into the first week of October, beyond Golden Week (1-8 October).

However, by the second half of October capacity will return closer to 100% which coincides with the timing of when the market is expected to open up and soften.”

With soaring demand outstripping the return of tonnage to the market, the lines were working hard to get equipment back into the system.

“We work hard to mitigate the effects on our customers,” said Thomas.

“This includes initiatives to speed up repositioning of equipment through finding solutions with customers and partners across our network. Further, over the past months we have managed to increase our fleet of 40ft HC units significantly in order to better serve our customers and their needs during these volatile times.”