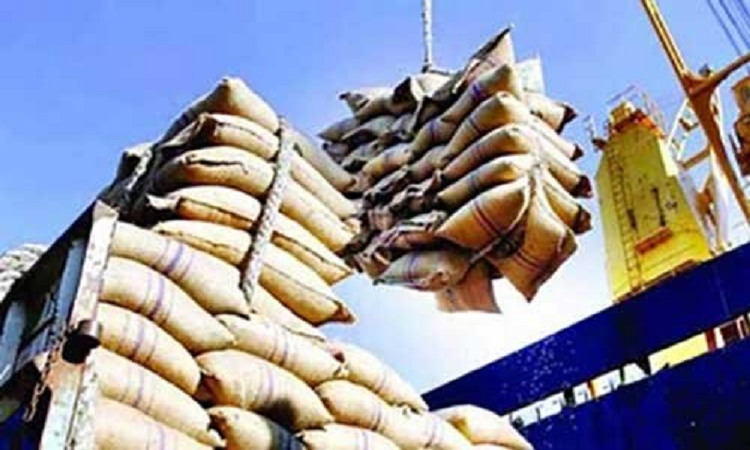 50000 tones of rice purchased by the government from India has reached Chittagong port.  the First consignment reached on Chittagong Port on 24th December. The cargo ship MV Senjuti anchored in berth number four of the port on Wednesday night. According to the rules, the ship was brought from the outer anchorage and tied to the jetty with the help of a tugboat under the supervision of the pilot of the port. Nowadays, when the unloading of this rice is completed, it will start coming to the market, the concerned said. It is learned that the government procures 50,000 tonnes of rice from India through G2G system. The ship arrived at the port with the first shipment of this rice. The first consignment contains 4120 tons of rice. The ship is chartered and the local agent is Seaglory Shipping Agencies Ltd. The food department is unloading this rice. The unloading of rice started after the ship took berthing at the port’s jetty number four. It is hoped that 4,000 tonnes of rice will be unloaded within the next three days.
Rice imported from India will come to the market through various government programs. The government bought this rice from India at a price of about 35 rupees.

The last time rice was imported was in 2017 at the government level.