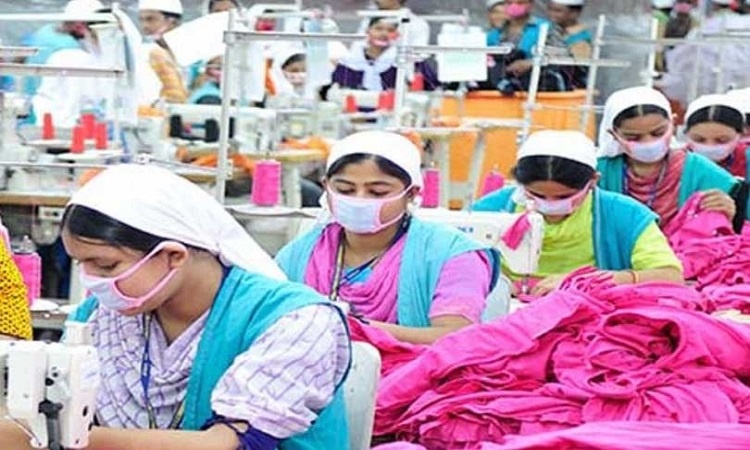 Readymade garment exports have bounced back on a positive trend in August with about 45 percent year-on-year growth, according to Bangladesh Customs’ data, compiled by the Bangladesh Garment Manufacturers and Exporters Association (BGMEA).

The sector registered such a positive growth after having experienced a negative trend for seven consecutive months. The last time the sector witnessed a positive growth – 1.26 percent – was in December 2019, following a four-month downtrend.

Apparel entrepreneurs have linked the growth to two major reasons – the restoration of a part of cancelled orders and no disruption of shipments during the Eid holidays.

“It is a tremendous growth and is beyond our expectation,” said Fazlul Hoque, managing director at Plummy Fashions Ltd, the world’s greenest knitwear factory.

He further explained that more than $3 billion in earnings despite the eight-day Eid-ul-Adha holidays in August was simply remarkable.

“A part of cancelled orders was possibly shipped in August with new order placement not being much higher,” said Fazlul Hoque, former president at the Bangladesh Knitwear Manufacturers and Exporters Association (BKMEA).

“We are delighted with the sector returning to a positive trend,” he added.

“If this positive trend continues in the next two months, we may say that apparel export earnings will be sustainable,” he added.

Orders worth over $3 billion were either cancelled or suspended during the March-April period due to the Covid-19 outbreak in the country.

Maybe, a part of July’s production was shipped in August as many exporters produce their goods before Eid vacation to ship those items during holidays.

Ehsan, also a BKMEA director, hoped apparel export earnings may bring good news in the coming days too, riding on Christmas celebrations and shipments for next winter and spring.

However, he also said it is very difficult to make any prediction as the Covid-19 pandemic has changed all traditional calculations.

BGMEA President Rubana Huq said that a six-month average growth would be a better depiction of export earning instead of year on year based monthly figures.

“However, if we see it product-wise, while cotton trousers have maintained the biggest share in terms of increase, man made fibre (MMF)-based product categories in tops have also seen good growth,” she added.

“And, especially women’s/ girls’ cotton trousers have seen significant growth and their share in our total export is also higher,” Rubana mentioned.