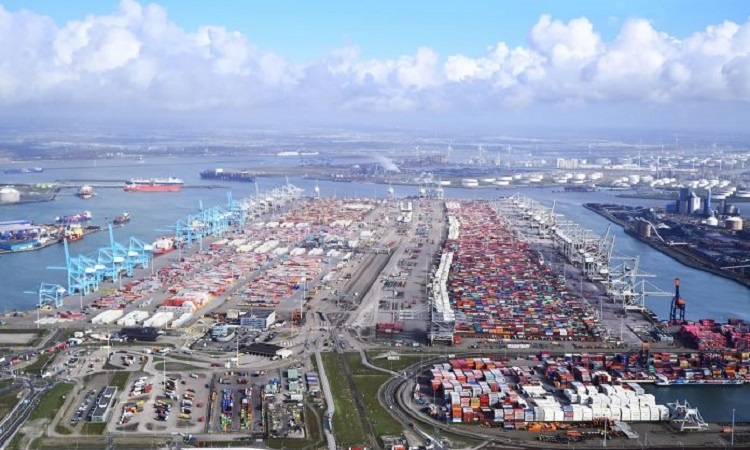 Rotterdam struggles to return to pre-Covid volumes levels. The volume of containers handled in Rotterdam up to and including the third quarter fell by 2.1% in tonnes, and 4.7% in TEU terms, according to its quarterly report. This decline was caused by a stronger decline in the demand for new goods in Europe than in China, said the port in its announcement.

The port of Rotterdam has handled a total of 103.4 million tonnes of freight in the third quarter of 2020, while the total throughput over the first nine months of the year stands at 322.3 million tonnes. This is 8.8% lower than the volume recorded in the equivalent period last year.

So far this year, the decreased import of products from Asia has been offset to some extent by increased exports to Asia, especially meat exports, chemicals and timber.

In addition, Rotterdam’s improved competitiveness in transhipment from Scandinavia and the Baltic to China contributed to more export volume. This means that the port of Rotterdam sends fewer empty containers back than in previous years, when import between Asia and Rotterdam consistently exceeded export.

However, the port has marked a clear increase in the number of containers handled through the port in Q3 in comparison with the second quarter of 2020.

Allard Castelein, CEO of the Port of Rotterdam Authority, commented, “At present, it is still too early to determine whether we have left the worst behind us in economic terms. Nevertheless, I am heartened by the revival of international trade flows and the resilience of our economy – in which the rate of recovery naturally depends to an extent on further developments in the Covid-19 pandemic.”

To recover as quickly as possible from the economic slump while simultaneously improving sustainability in the port, the Port Authority proposes accelerating a number of investment projects. These developments are intended to increase sustainable earning power – also known as the Starter Motor projects – can create thousands of new structural jobs, contribute billions to the Dutch gross domestic product and substantially cut the volume of carbon emissions released into the atmosphere, according to a statement.