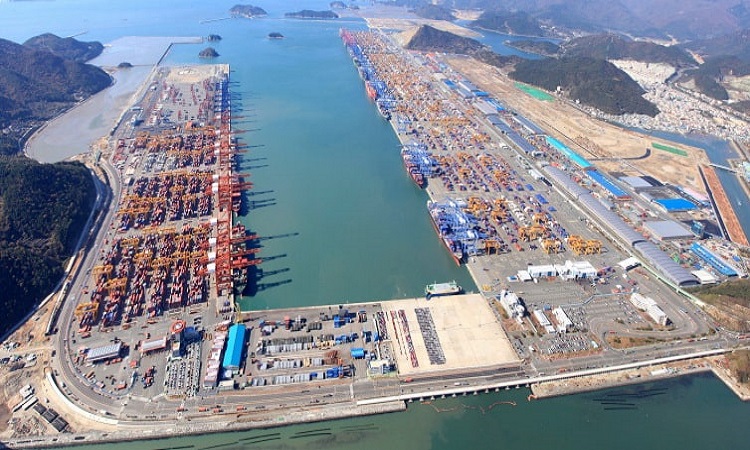 South Korea government announced plans to launch what it is calling a first of its kind national shipping alliance for five of its container shipping companies serving Southeast Asia. Under the plan, the five companies which represent nearly half of the regional container volume to and from Korea will form an alliance similar to the global shipping companies designed to enhance their regional competitiveness and reduce operating costs.

The signing ceremony for the formation of the new alliance, which is initially being called the K-Alliance, was held in Korea on December 23 led by the Ministry of Oceans and Fisheries and Korea Maritime Development Corporation. Participating in the formation of the alliance are carriers SM Merchant Marine, HMM, Janggeum Merchant Marine, Pan Ocean, and Heung-A Line, all of which operate Southeast Asian routes.

The five carriers participating in the agreement will prepare detailed regulations for the operation of the K-Alliance. They are also currently working to identify the optimal fleet for each route, and discussing plans for fleet expansion. The K-Alliance is expected to officially launch as early as the second quarter of 2021.

According to the ministry, the voluntary decision to form the alliance was based on growing competition on the Southeast Asian routes and declining market share. Speaking at the ceremony, the minister said that currently about 480,000 TEU departs from Korea each year of which 40 percent or approximately 190,000 TEU is moved by the Korean shipping companies. However, their market share is gradually declining due to aggressive investment by global shipping companies.

The ministry said that this is the first attempt to ally maritime carriers consisting only of national shippers to create a synergy effect through economies of scale. The goal is to strengthen the competitiveness of the national carriers in Southeast Asia to realize the growth potential in the region.

They believe it will be possible to achieve greater cost reductions by promoting cooperation between the shipping companies. Among the opportunities identified is adjusting schedules to eliminate excess capacity along with improved asset management, jointly ordering high-efficiency and low-cost new ships, joint contracts for shipping and port facilities such as terminals and yards, and joint use of container equipment.

The Ministry of Maritime Affairs and Korea Maritime Development Corporation also committed to supporting the launch of the new alliance with preferential interest rates for securing new ships and procuring container boxes.

In addition to building Korea’s regional strength, they expect that the K-Alliance can create relationships with the international alliances and can become a leader in transshipment and serve as a feeder for the routes to Europe and the Americas.

Korea has a total of 11 national carriers and the other six not directly participating in the K-Alliance are being encouraged to form cooperative relationships with the alliance. The ministry cited the potential for additional carriers to join the alliance in the future.