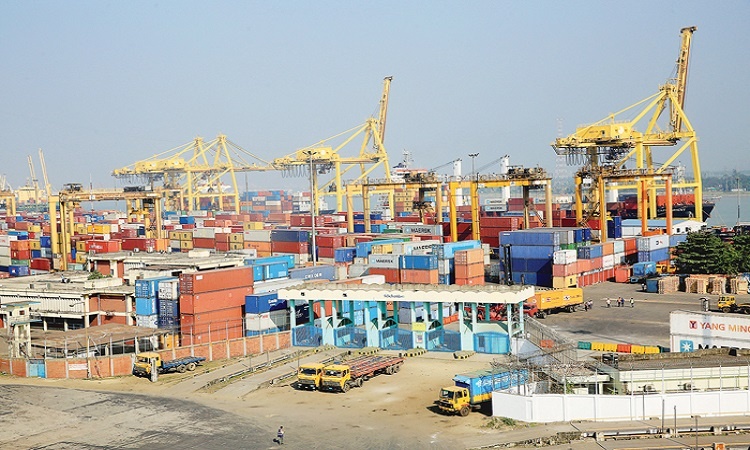 A container full of buffalo meat arrives at Chittagong port from India. As soon as it is kept in the yard, a strong stench spreads from the meat. After the Chittagong Port Authority informed the Department of Environment, it was seen that the entire container was filled with rotten buffalo meat.

It is learned that Igloo Foods Limited, located on CR Dutta Road in Dhaka, imports the buffalo meat from India. Karnafuli Limited, a C&F agent in Agrabad, Chittagong, was responsible for unloading the container. But before the goods were unloaded, the strong stench of rotten meat from the container spread across the Chittagong port and the port authorities informed the officials of the environment department.

On Sunday (September 26), officials from the Chittagong Metropolitan Department of the Environment visited the port and identified the rotten meat in the container. They also find evidence that the stench from the meat pollutes the environment. After the hearing, Igloo Foods and Karnafuli Limited were fined Tk 50,000 for the Stench of rotten meat.

At the same time, the officials of the environment department also gave three-point instructions for the release of the buffalo meat. These are: Rotten meat must be unloaded from the container in such a way that no animal can eat it. Measures should be taken to prevent contamination of soil, water and air from rotten meat. Then the container has to be cleaned in an environmentally friendly way. People at the port area faced huge suffering for the Stench of rotten meat.

Odors and Your Health

The New Hampshire Department of Environmental Services is often asked to evaluate health impacts from exposure to environmental odors. An odor is a chemical in the air that is “smelled” or sensed by our nose (olfactory system). Apples smell like apples due to the chemicals that create the apple odor. Odors, also called smells, can be both pleasant and unpleasant. Most humans can distinguish more than 5,000 odors.

We breathe 10,000 to 20,000 liters of air a day, mostly through our noses. The olfactory system comes in contact with a different variety and concentration of odors every day. Odors can alert people that something may be harmful, but generally, you can smell many chemicals before they are at levels that are harmful to your health. For example, we are able to smell hydrogen sulfide (H2S), which smells like rotten eggs, at very low levels; levels much lower than those at which this chemical can cause toxic health effects.

Can odors cause health problems?

Yes, certain groups of chemicals that produce odors are potentially harmful and can cause health problems. Some of these harmful chemicals are regulated by the New Hampshire Department of Environmental Services under the Air Toxics Program and the US Environmental Protection Agency under the Clean Air Act. Just because something smells bad does not mean it is harmful, e.g., rotten eggs. Some harmful
and/or deadly chemicals can have a mild or sweet odor like benzene, or no odor at all like carbon monoxide. Hydrogen sulfide (H2S) smells like rotten eggs. The level at which you can begin to smell H2S is approximately 1.0 microgram per cubic meter. EPA has determined that there is no health risk associated with exposure to H2S at this concentration. The level that is considered to be harmful to public health and the environment for H2S is 50 micrograms per cubic meter.

Effects from exposure to chemical odors can be an immediate health threat, a long-term threat, or may pose no health threat at all. Getting sick from chemical odors will depend on what you are exposed to, how much you are exposed to, how long you are exposed, how often you are exposed and your individual sensitivity to the odor.
The influence of odors on the health and comfort of individuals is difficult to evaluate. Odor sensitivity and response to odors differs from person to person. For some people who are more sensitive to odors, simply smelling a small amount of a foul odor can cause headaches and
nausea. Sensitive populations include young children, pregnant women, the elderly and people with chronic health problems. People with chronic health problems include individuals with asthma, emphysema and other respiratory diseases, COPD (chronic obstructive pulmonary disease), depression, chemical hypersensitivity or stress-induced illness.

Often it is hard to draw a distinct line between a nuisance odor problem and an outright public health problem when members of a community are at risk of actually feeling sick. Unpleasant odors have often been recognized as “warning signs” of potential risks to human health rather than direct triggers of health effects. But we also know that odors from environmental sources might indeed cause health symptoms depending on the individual and specific environmental factors.
Each odor problem needs to be considered separately since they may differ widely in their nature and severity. While non-regulated chemical odors are not usually a significant public health hazard, the odors may be unpleasant and produce discomfort and temporary health symptoms.
Measures to contain or eliminate unpleasant odors and prevent their migration into the
community are warranted when these odors create a persistent nuisance.