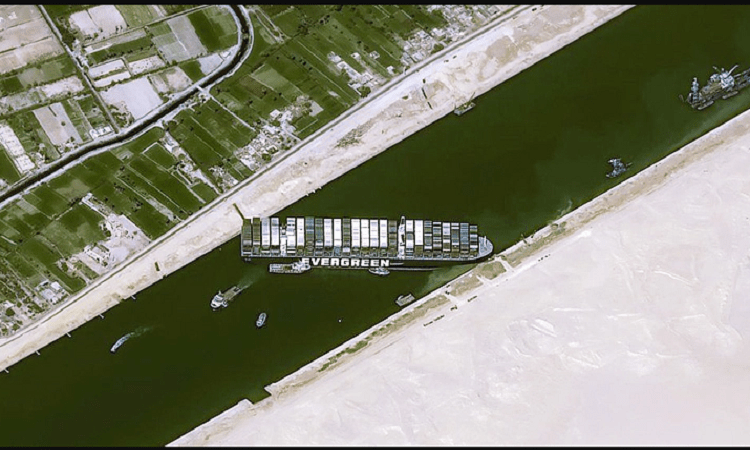 Every day, goods worth 960 crore are stuck in the Suez Canal due to the cargo ship ‘Ever Given’ getting stuck. As a result, the loss per hour is 400 million dollars. This information is provided in Lloyd’s List, a journal of freight forwarding.

The Taiwanese company Evergreen Marine is in charge of operating the ship. Its length is equal to five football fields which is one of the largest cargo ships in the world. This 200,000 ton ship can carry 20,000 containers at a time.

The Suez Canal carries 12 percent of the world’s trade. According to Lloyd’s List, more than 160 ships are stranded on either side of the ship. Of these, 41 are cargo ships and 24 are oil tankers. The cargo on these cargo ships includes clothing, furniture, manufacturing equipment and car parts.

The Ever Given, registered in Panama, was transporting goods from China to the Netherlands. It was intercepted around 8:40 a.m. local time on Thursday.