Mongla, the second largest seaport in Bangladesh became functional in December 1950. The port contributed to the economic uplift of the country over the decades, but later it became a losing concern.The southern region of the country is now witnessing massive development activities with the ongoing implementation of the Dhaka-Mawa-Mongla upgradation, Padma Multipurpose Bridge Project, Construction of Khanjahan Ali Airport, coal-based power plant in Rampal, Special Economic Zone near Mongla Port, extension of Mongla EPZ and the construction of Rooppur Nuclear Power Plant. 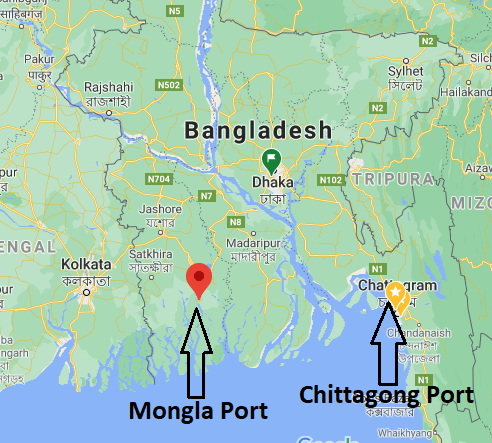 But currently the port has lower draft, lacks a container jetty and connectivity to rest of the country, which is affecting the export and import business. Therefore, capacity upgradation of Mongla Port has become a demand of time, as the port continues to remain underutilized due to its poor facilities and lower draft.

The port currently operates through six own jetties alongside seven private jetties which enable it to conveniently handle 35 ships at a time through 22 anchorages.

After 2009 the new government in Bangladesh has initiated many steps to develop the port and gradually it became a profitable one. In October 2017, Bangladesh and China signed a memorandum of understanding (MoU) to develop Mongla Port at a cost of approximately Tk 3000 crore. The projects includes construction of four jetties and two yards, a large multistoried garage for car parking, four lane roads, procurement of 11 survey and tug boats and modern machineries for handling cargo and containers.

In July 2018, the government initiated construction of an economic zone near the port and railway lines connecting Mongla to Kolkata via Nepal and Bhutan and necessary link roads for enhancing regional connectivity are being laid.

In order to improve the navigability of Pashur channel upto 9 to 10 meters draft, to be able to berth all kinds of vessels, the government has taken up another project in January 2019 to excavate the Mongla channel from the Bay of Bengal to make the port an effective transportation hub.

The Bangladesh government’s agenda is to have additional cargo handling capacity of 15 lakh metric tons per year by developing Mongla Port. In March 2019, the state-owned Mongla Port Authority (MPA) under the shipping ministry has undertaken the Tk 60.14 billion port upgrading project. According to the port authority, the Indian 3rd line of credit will provide loans worth about Tk 44.59 billion while the rest will be borne by the Bangladesh government from its own coffers. The Mongla port upgrades work is expected to begin soon and scheduled to be completed by fiscal year 2022-2023.

Mongla Port is the second largest port in Bangladesh with good inland connections to the business hub Khulna by road and the facilities will act as a backup to the country’s principal seaport Chattogram. Its connectivity with the Padma Bridge has the potential to provide port transportation or maritime access to the capital city Dhaka, with lower cost and lesser time compared to Chattogram Port.

The upgradation will enhance the potential at the port to provide transit facilities through maritime access to India, Nepal and Bhutan as well as to China. However, the role of India is very significant for creating enabling environment and to utilise transit facilities by using Mongla Port as a ‘win-win’ situation for India and Bangladesh.

The Mongla Port upgrades are being aimed at encouraging rapid economic development and to generate more employment opportunities. In line with the “Vision-2021” envisaged by the government, the project is being implemented to attract foreign companies to develop and operate economic zones as well as ensure balanced development of every region of the country. The port capacity upgrades will result in making Mongla highly income-generating port, while substantially reducing the excessive load on Chattogram Port.

Those concerned with the use of the port say that the importers are now choosing this port as the distance with Dhaka is 60 km less than that of Chittagong. As a result, Mongla port is becoming active in import and export. After the construction, the port, which has been dying for various reasons for 20 years, was started in full swing in 2009. Work is already underway on the Dhaka-Mongla Charlene road to increase the mobility of the port. Meanwhile, users of the port are commenting that the construction of the Padma Bridge has made significant progress and the Khulna-Mongla railway has been added to the Padma Bridge railway project. 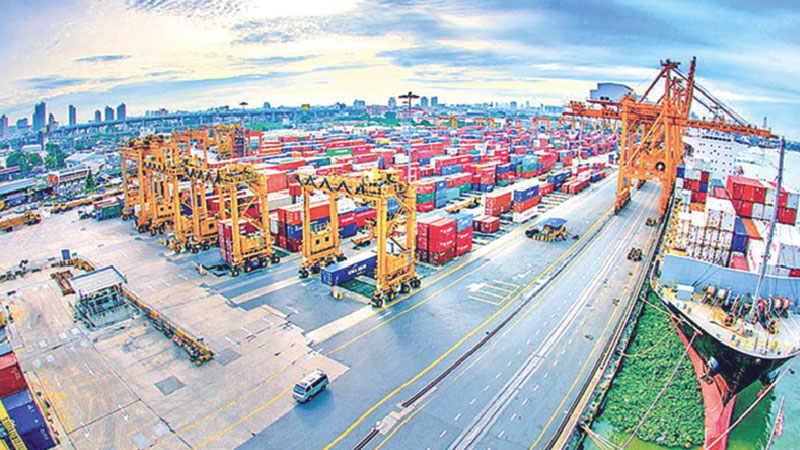 At present, only six to eight percent of the country’s total import-export is being done through this port. However, Mongla Port Authority, said it was possible to increase the port capacity to 20 per cent if improved road management, construction of Mongla-centric EPZs and increasing the capacity of the port.