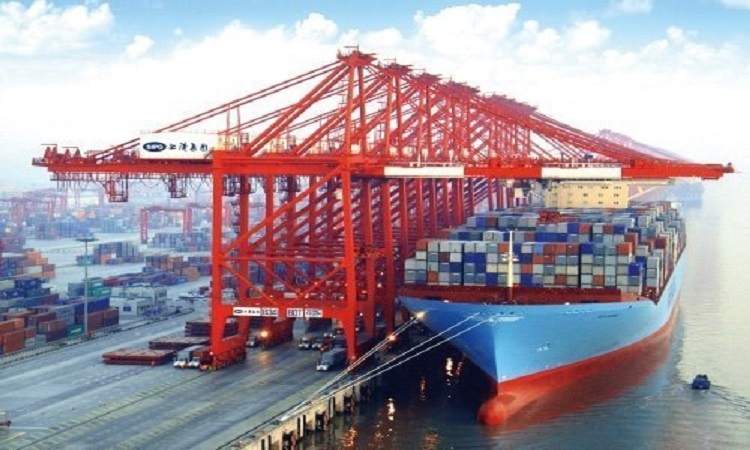 The Chinese government has put the brakes on runaway spot rates between the US and Asia preventing box rates on the Transpacific trade lane surging through the US$5,000/FEU threshold.

According to the latest figures from Freightos Baltic Index, the unprecedented bull run that has boosted the bottom line of the world’s leading carriers since the end of June, has finally been halted by China’s Ministry of Transport, The pressure exerted by the MOT, principally on Chinese carriers, COSCO and OOCL, to drop general rate increases (GRI)s planned for yesterday, but ultimately axed, was also being felt by their non-Chinese rivals.

An 11 September meeting between the MOT and shipping lines appears to have brought about, at least a temporary halt in the spot rate feeding frenzy with COSCO/OOCL’s non-Chinese counterparts falling into line, dropping their proposed increases rather than risk incurring the ire of Chinese authorities.

Dennis Zhou of Zest Shipping Media, who broke the news of MOT’s intervention at the end of last week, said in a post on LinkedIn yesterday that “Maersk had reduced its proposed rate adjustment from US$500 to US$200” with an updated USWC rate of US$3,900/FEU and US$4,700 to the US east coast, both US$300 below previous quotes.

A spokesman for Maersk told Container News, “Our pricing continues to follow the principle of being market-relevant, transparent and fair.”

Zhou said the pressure placed on lines by the MOT was “in order to further stabilise foreign trade and maintain the stability of the international container liner markets such as China and the US”.

The upward exponential curve in spot rates since June has apparently plateaued at US$3,711/FEU on the west coast and $4,496/FEU to the east coast according to Freightos’ FBX01 Daily and FBX03 Daily indexes between China and the US. Both rates were 158% and 72% higher respectively than in the same period last year.

It is the first sign of relief for two months for beleaguered shippers who have been struggling to replenish inventories in the build-up to the peak season.

Gene Graves, executive director of the United Shippers Alliance, said the situation had become “desperate” for shippers with cargoes being rolled over to make way for the lucrative bounty being booked at the more profitable spot rates by their online reservation systems.

In his 43-year career negotiating annual rates for more than 140 members of his alliance, Graves said this year was the first time he’d been forced to pay peak season surcharges to get boxes onto vessels leaving China.

Graves said he was not optimistic that supply and demand would come back into line any time soon.

“I don’t see any relief until at least the middle of December. I was optimistic that November might free things up but I don’t think so now and I have told our members that they should not expect things to ease until December and I can’t really think what the beginning of 2021 is going to look like,” he says.