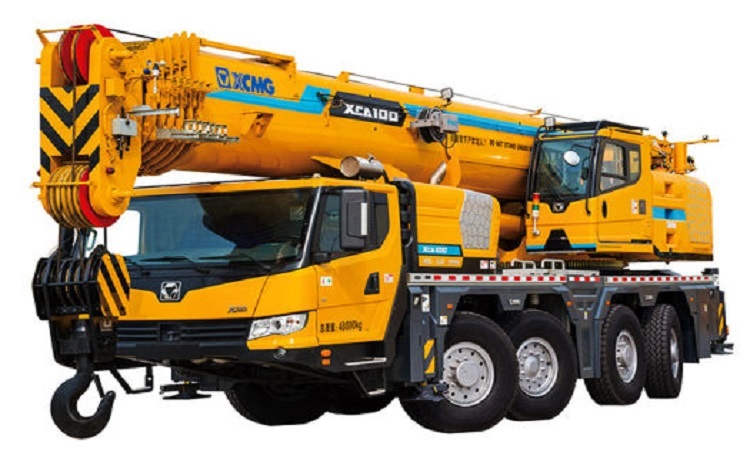 Among these equipment are two mobile cranes with the highest capacity in the history of the port. In the next few months, these two cranes with a capacity of 100 tons each will be added to the port fleet.

Key gantry cranes and other ancillary equipment will also arrive gradually. Productivity declined as many equipment in Chittagong port expired. The concerned people have expressed hope that the productivity of the port will exceed the expectations if the new equipment are added.
According to the responsible sources of the port, the lifespan of various types of equipment used in various activities including container handling of Chittagong port has started to expire. Many devices no longer work properly. This is having a negative impact on the productivity of the port. With the port’s day-to-day operations increasing, the productivity of the equipment is declining, which worries the users. In this situation, the Chittagong Port Authority undertook one of the largest projects of its time to purchase equipment. The port took the initiative to buy 104 equipment at a cost of around Tk 900 crore. The equipment are four key gantry cranes, 11 rubber tiered gantry cranes (RTG), 21 four-high straddle carriers, 6 two-high straddle carriers, 4 reach stacker (load) 4, 2 container movers, 4 variables (4 variables). , 2 mobile cranes (100 tons), 2 mobile cranes (50 tons), 2 mobile cranes (30 tons), 12 mobile cranes (20 tons), 23 mobile cranes (10 tons), 2 log handler-stackers, 4 forklifts Truck (20 tons), 1 material-multi handler (35 tons), 2 low bed trailers and 2 heavy tractor power. Of these equipment, only 4 key gantry cranes will cost more than Rs 250 crore. It is learned that if these gantry cranes are added to the port fleet, the New Mooring Container Terminal (NCT) will be fully covered by the gantry cranes. Key gantry cranes are considered to be the most modern and necessary equipment for container handling in the port. On the other hand, at present there are 3 mobile cranes with a capacity of 64 tons each in Chittagong port. These are the highest capacity cranes in the history of the port. Two cranes with a capacity of 100 tons are being procured under 104 new equipment procurement projects. These two cranes will also play a role in enhancing the image of the equipment fleet of Chittagong Port.
When contacted, Chittagong Port Authority Chief Engineer (Mechanical) Mohammad Aminul Islam confirmed 104 equipment procurement projects and said that initially two mobile cranes with a capacity of 100 tons are being brought. Work orders have already been placed to supply these cranes. Mentioning that the rest of the equipment will come gradually, he said that it takes a long time to buy a key gantry crane. These cranes do not remain in the built state. After placing the work order, the concerned company started preparing the crane. It takes ten months to a year. He also mentioned that the four key gantry cranes under our 104 equipment project will take some more time to come. However, RTG and some other important equipment will be brought as soon as possible, he said.
When contacted, Mohammad Zafar Alam, a member of Chittagong Port Authority (Planning and Admin), said it was a big project. The project has been taken to make Chittagong port more dynamic. Adding various equipment to the fleet, including gantry cranes, will create dynamism in container handling as well as cargo handling. He remarked that there is no alternative to buying these equipment as the activities of Chittagong port are increasing day by day.
“Once these equipment reach the port, we will be able to deliver equipment not only to CCT or NCTE, but also to JCB,” he said. Mentioning that the process of upgrading the yards of JCB has already started, Mohammad Zafar Alam said that the yard development work has been started so that modern container handling equipment can be run in these yards as well.
Note that the amount of container handling in the country is gradually increasing. In 2043, the amount of container handling in the country will increase to 13 million TEUS. In order to sustain the existing growth, the container handling dynamics of Chittagong port needs to be greatly increased. In this case, there is no option to buy new equipment. In 2014, it handled 16 lakh 31 thousand 219 TEUS containers at Chittagong port. 20 lakh 24 thousand 206 TEUs in 2015, 23 lakh 46 thousand 909 TEUs in 2016, 26 lakh 7 thousand TEUs in 2016. In 2017, 29 lakh three thousand TEUs. Has handled 31 lakh containers in 2019. It has been mentioned that the amount of container handling will cross 3.3 million TEUs even if the import and export declines in the midst of the current Corona in 2020. Sources also said that the equipment should be enriched as a ‘tool’ to cope with this huge task. At present Chittagong port has a total of 125 equipment including 14 key gantry cranes. Chittagong Port is currently ranked 57th in the list of 100 busiest port handling ports in the world.