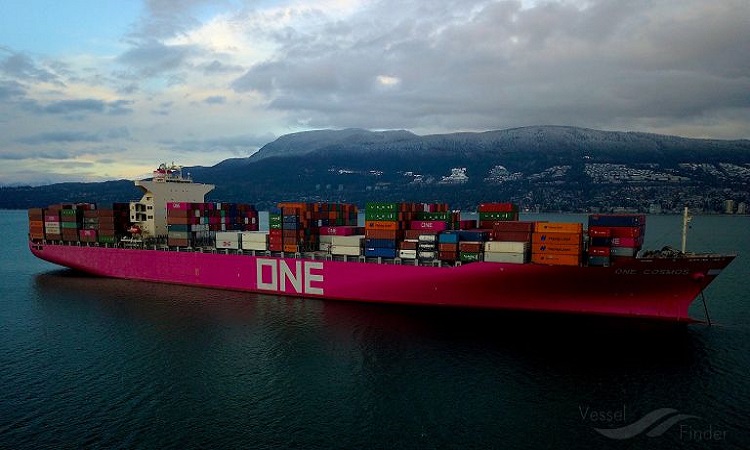 Approximately 40 boxes from the ONE Cosmos have been damaged in the container stack collapse on 11 September in the Far East region, according to a ONE representative.

Although further verification of the affected units is needed, it is confirmed that no containers were lost overboard. The ONE spokesperson told Container News the ship has also suffered damage, but there will be a further investigation into the accident.

According to ONE, the accident was caused by a “high swell brought on by a typhoon while [the vessel was] at anchorage” leading to the container stack collapse.

“ONE Cosmos remains at anchorage in Ningbo awaiting discharge of the damaged containers before continuing its voyage towards Busan,” said Hapag-Lloyd, which is an  alliance partner to ONE.

“Unfortunately, we have not been able to discharge the compromised containers yet due to severe weather conditions,” added Hapag-Lloyd.