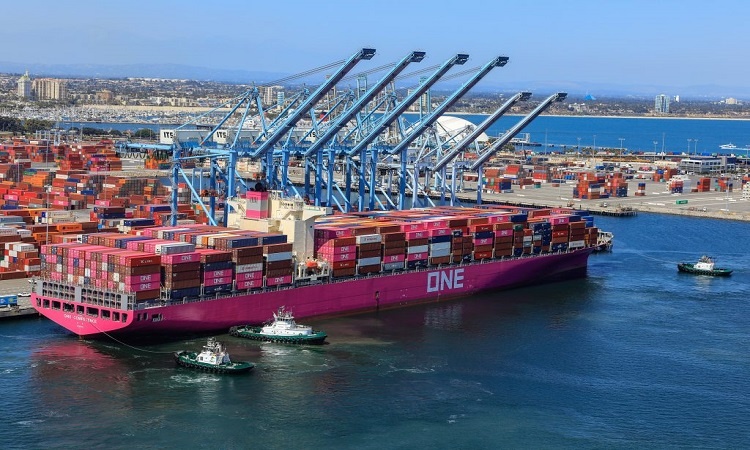 Shippers, truckers, and freight forwarders reeling from almost US$150 million in demurrage fees linked to congestion in the ports of Los Angeles/Long Beach and New York this year have threatened to take their complaints to US congress to bring an end to carrier abuses.

More than 40 shippers and trucking associations have teamed up to criticise carriers’ failure to respect an “interpretative rule” introduced by the Federal Maritime Commission (FMC) in May that sought to govern conflicts on the issue of demurrage and detention fees.

Members of the Harbor Trucking Association, the Agriculture Transportation Coalition, and the Pacific Coast Council of Freight Forwarders and Customs Brokers inundated the FMC at the start of the month with complaints about demurrage fees that have reached US$100 million in Los Angeles/Long Beach and US$50 million in New York already this year.

As congestion continues to mount in the country’s two main gateways and shippers route cargoes to alternative ports, the issue of delays is now starting to be felt elsewhere.

Peter Freedman, executive director of the Agriculture Transportation Coalition, urged carriers to stop viewing demurrage fees as another income stream and invest in technology to give shippers, forwarders and truckers, more advanced warning on arrivals.

“If they don’t they will motivate their customers to go and seek other solutions and the customers are indeed constituents of members of Congress,” he said. “If it continues the way it is going there is no choice – the carriers and terminals provide no alternative other than to go and change the law and get the government to intervene. Personally, I’d like the carriers to resolve the problems themselves because when the government intervenes you don’t always get the intended consequences. The carriers may not like what happens.”

The interpretative rule on demurrage introduced by the FMC in May says: “Importers, exporters, intermediaries, and truckers should not be penalised by demurrage and detention practices when circumstances are such that they cannot retrieve containers from, or return containers to, marine terminals because, under those circumstances, the charges cannot serve their incentive function.”

Weston LaBar, HTA’s chief executive says notification times of less than 24-hours and tight restrictions on truckers’ ability to book slots to deliver and pick up containers are leading to unfair penalties for shippers and third parties. It has been lobbying for carriers to waive the fees when inefficiencies at the terminal or on the carrier’s side are responsible for delays.

“People need to get paid for moving freight and not for not moving freight,” he said. “Currently, the interpretive rules are essentially guidelines of what is considered a “reasonable” business practice. The FMC issued these with the notion that ocean carriers would try to implement these reasonable business practices to help minimise unreasonable detention & demurrage. No carrier has adopted any of the interpretive rules.”

According to Vince Iacopella, executive vice president of growth and strategy at Alba Wheels Up International, said he had one client that had been hit by demurrage fees of up to US$200,000 in the third quarter of the year, wiping out their net income for the period.

“When it becomes cost-effective to sue somebody it’s not a great place to be,” he said. “I don’t believe that beneficial cargo owners will continue to accept this level of funds and no revenues.”

LaBar added that while carriers had benefited greatly from the benefits of consolidation through alliances the rest of the industry has been forced to address the external costs of making them work on the landside.

“For the carriers, it’s easier for the rest of the supply chain to overcome the inefficiencies that the alliance system has created than it is to work with the landside logistics partners and cargo owners,” he said. “That’s never happened and that’s never going to happen unless we have some sort of leverage on the landside.”

With the exception of Maersk, which will meet with the customers and landslide partners to discuss the issue this week, said LaBar none of the other shipping lines have expressed their interest in seeking a solution.

A spokesperson for the FMC said it was “in receipt of the correspondence concerning detention and demurrage” and that “updates will be provided at an appropriate time”.