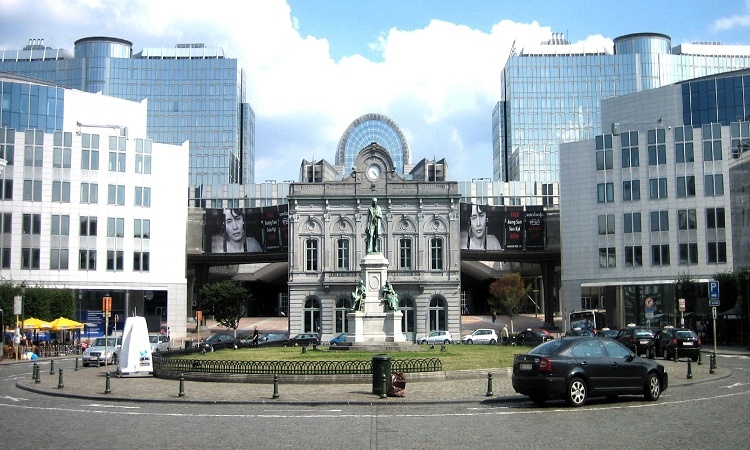 Liner shipping companies have had a bumper year with profits in 2020 expected to exceed any year in the histroy of container shipping. All during a pandemic that is expected to herald the worst recession in modern western history. Here’s how they did it.

Shipping lines have had a good year. Collectively they can expect to rake in US$15 billion or there abouts in profits according to Lars Jensen at Sea-Intelligence, who said that the lines have had to navigate some of the most difficult trading times in their history.

For Jensen, the consolidation in the industry is what has helped the lines turn a catastrophe into a celebration, with analysts, taken by surprise at the carriers’ income, shifting from a worst-case scenario of US$23 billion in losses for the lines to a massive potential profit in what seems the twinkling of an eye.

It is certain that the lines were unaware, like the rest of us, that a pandemic was about to spread across the globe, and the world would be heading for lockdown with the critical collapse in demand for goods that it brought, particularly in the US and Europe, following the supply-side lockdown that temporarily saw factories close in Asia.

Pacific and European trades out of Asia are critical for the lines with the revenues and volumes from these two trades surpassing all others, prompting many analysts and long-time observers of the industry to suppose that the lines would behave, as they had done in the past, by lowering rates to gain market share.

Analysts and shippers alike were blindsided by the carriers’ next moves. Instead of heading down the traditional tried and failed route the lines learnt from their errors and cut capacity with a view to matching capacity to demand, cutting costs and at the same time maintaining rate levels.

Aiding the vessel operators was the dispute amongst oil producing countries’ cartel whose failure to meet agreement on crude production levels saw massive over-production allied to the failure in demand, a recipe for disaster as the price of oil collapsed along with demand for finished goods.

As background to this year’s trading in the container maritime industry there is little in the above scenario here that is surprising except that two major events had occurred simultaneously, the fall in the oil price and the pandemic.

Consolidation of container shipping lines did add to the story, but the critical event that helped the carriers determine their strategy was the declaration by the European Commission of the renewal of the Consortia Block Exemption Regulation (CBER), announced on 24 March this year, around the time that the western world had gone into lockdown.

Had the CBER been cancelled it is very likely that other jurisdictions, notably in the US and China, may well have reconsidered their regulatory regimes, but the renewal in Europe led to a maintaining of the status quo.

The extension of the CBER also meant that, until 25 April 2024, the lines operating in the European trades had the right to manage capacity within the liner alliances of which they were members.

Three alliances dominate these trades which include all the major global carriers, Maersk and MSC in the 2M alliance; THE Alliance which is composed of Ocean Network Express (itself a combination of the Japanese container shipping lines NYK Line, MOL and K Line) with Hapag Lloyd, Yang Ming and HMM; and Ocean Alliance whose members include COSCO and its subsidiary OOCL, CMA CGM and Evergreen. Together these alliances account for the vast majority of the deployed tonnage on the Pacific and Asia/Europe trades.

With the alliance’s block exemption in place the carriers, by legal definition, were not a cartel, but it has allowed the shipping lines to operate like a cartel. They have managed capacity, initially due to the steep decline in demand, but the carriers through a number of mechanisms have bolstered their income adding surcharges to contracted rates, while also making certain that spot rates climbed to phenomenal levels on the Pacific.

In the Asia/Europe trades the spot rates have increased, but not as fast as the cost of transporting cargo to the US from Asia. The comparative success of the lines in the US trades compared to Europe could be explained by the behaviour of consumers in the regions.

One analyst said that Europeans have a propensity to save, particularly in times when an economic downturn has, or is about to, develop. And the Europeans are facing substantial unemployment levels and a significant contraction in their economies.

In the US there has been a similar economic contraction, but the response has been very different. According to the analyst the so-called driving season never materialised, foreign holidays have not been available and widespread lockdowns have meant that many Americans have money in their pockets. But, “Americans do not save like the Europeans they want to spend their money,” said the analyst and that could account for the high levels of demand for furniture, electronics and exercise equipment, amongst other goods, currently being sold in the US.

Marry that US demand with a capacity management programme, albeit a programme that was largely opportunistic, and the result is record rates.

The analyst source believes that shippers must take the rough with the smooth in this instance, “they have had very low rates for many years,” he said, but the very high rate levels are now coming under increasing regulatory scrutiny, in Asia, Europe and the US.

That could be because the regulators may have recognised the shifting of the balance of power, the slanting of the uneven playing field, in the lines’ favour, with the shippers having little choice but to pay all the surcharges and contracted rates or spot rates in the hope that they can get their cargo on board a vessel.

Developing a fair regulatory system is a tricky business. But somehow the regulatory regime must be tilted back to a more even keel. Not that the carriers should not make a profit, but more so that their customers can return to some certainty about costs and the service that they can expect from the lines.