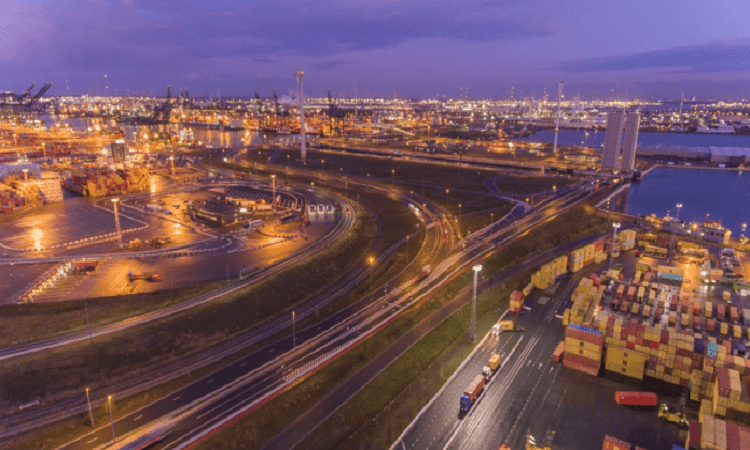 This private network will allow the City of Antwerp, Port of Antwerp, the police and the fire departments to further develop their existing digital applications and to explore new ones.

A private 5G network increases the speed, reliability and security of the port authority, the police and the fire brigade’s digital applications, according to an announcement.

Τhis trail of 5G network with Ericsson technology covers the entire port, according to Annick De Ridder, port alderman, who believes, “It will support future operations in terms of shipping, safety and ecology. But it is also the ideal basis for the development of high speed 5G applications for automation, logistics, safety and security.”

The network is not dependent on public providers and is thus better protected against potential breakdowns, as well as overload during large events or mass gatherings, for example.

Bart De Wever, mayor of Antwerp, commented, “It is crucial for the city of Antwerp to have mobile networks at its disposal. They have an important role as a forward-looking platform for the digitalisation of the port’s multidisciplinary ecosystem and urban emergency services.”

Minerva, which will generate new jobs according to Annick De Ridder and Valentijn Vande Keere, CEO of iSea, will also ensure optimum coverage within the partners’ operational area, on the basis of end-to-end European technology.

The fire brigade, along with the police and the port, has developed a range of digital applications in recent years, such as applications, live streaming, drones and other technologies.

This evolution can be strengthened and accelerated, thanks to a faster, safer and more reliable network, according to the partners.

“Real-time images and information from crucial apps ensure that we, as fire brigades, can deal with an emergency situation more efficiently,” said Eva Van Gerven, director of staff services and technology of Antwerp Fire Department.

At the same time, Maarten Torfs, director of ICT (information and communication technology), Antwerp Police stated, “Due to the increased digitalisation of the Antwerp Police, we need a safe, reliable and high-performance network for mobile data. This allows us to deploy our various digital applications, such as mobile cameras and the FOCUS app, in the field. With this pilot network, we can further develop our existing digital applications and explore new ones.”