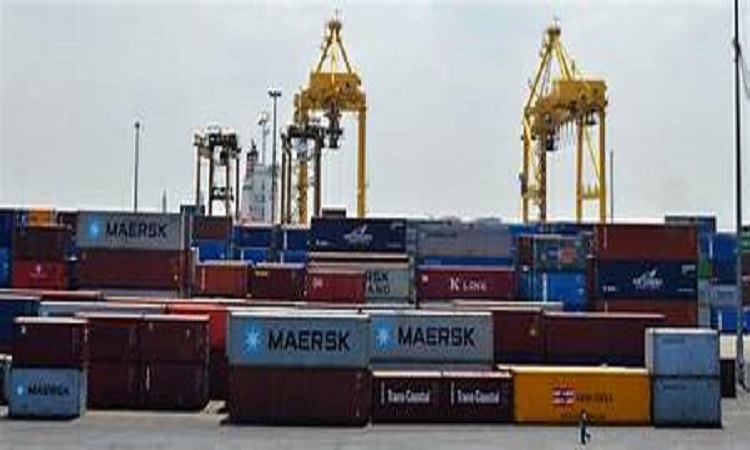 Cargo dwell time at the Chattogram port has decreased by around 42 percent, or 7.49 days, in the past six years, enhancing the ease of doing business in the country.

According to data from the Chattogram Port Authority (CPA), a cargo container stayed at the Chattogram port for around 17.48 days (dwell time) on average in 2014-15 fiscal year, which dropped to just 9.99 days in FY2019-20.

The significant decrease in dwell time is easing container congestion at the port’s storage yard and allowing exporters-importers to save on storage charges imposed by the port authorities. “This is a milestone achievement for the port as well as for businesses in the country. That we have been able to reduce the dwell time by half despite our limited resources has been possible because of some smart decisions of the authorities concerned,” said Mahbubul Alam, president of the Chattogram Chamber of Commerce and Industry (CCCI).

He, however, observed that the dwell time should come down below 24 hours as the cost of doing business is related to it.

“Spending more time on offloading containers means a higher cost of business. Ultimately, the prices of imported products go up and the costs of exports get higher,” he explained.

Mahbubul Alam also expressed his hope that the cargo dwell time at the Chattogram port will come further down once the Patenga Container Terminal and Bay Terminal are complete. “The port authorities should speed up the construction work on the ongoing projects,” he stressed.

The Chattogram port that handles 92 percent of Bangladesh’s export-import trade has a storage capacity of only 49,018 TEUs (twenty-foot equivalent units) of containers. The port can only offload containers from vessels if there is availability of storage spaces.

The reduced dwell time is allowing the CPA to cope with ongoing 10-20 percent handling growth of the port.

The CPA also said the government’s decision in 2017 to keep the port open round-the-clock was remarkable.

In FY2015-16, the dwell time was 19.83 days, but after keeping the port open 24 hours, the dwell time started falling gradually. The time came down to 11.15 days in the following year and it continued to drop afterwards.

The reduced dwell time is also saving the exporters and importers a huge amount in storage charges.

Responding to a query, CPA Secretary Md Omar Faruk told The Business Standard, “If the dwell time had remained high, it would have been quite difficult for us to cope with the increasing handling pressure.”

He further said, “We had taken several steps, such as granting permission for Inland Container Depots (ICDs), for quick delivery of the containers from the port. From time to time, we sent letters to the importers to take delivery of their cargo quickly.”

“Last year, we sent letters individually to every importer, asking them to take delivery of their cargo after the port activities came to a standstill, resulting in a large stockpile of containers at the port, due to the impacts of the Covid-19 pandemic,” he added.

Giving more details, Faruk said, “We had only four gantry cranes last year, later 10 more such cranes were added to the port’s fleet. The introduction of an automated container handling system named Container Terminal Management System (CTMS) also helped us reduce dwell time, because the system made it very easy to locate containers.”

The CPA also took some permanent steps to ensure quicker delivery of import containers and receiving export containers, such as granting permission for ICDs, building an overpass in the Saltgola area for smooth movement of cargo vehicles, and building a road named Toll Road from port to Kalu Shah Mazar Gate.

So far, 19 ICDs known as off-docks have been given permission, which are handling 91 percent of export containers and 37 imported items, mostly food items including rice, wheat, mustard seed, chickpeas, pulse, raw cotton, and scraps–which is around 20 percent of imported containers.

The government granted most of the ICD permissions from 1999 to 2015. These ICDs have a storage capacity of 77,700 TEUs of containers in total.

After the export goods are stuffed into containers at the ICDs before they are loaded onto feeder vessels for their journey to mother vessels in Singapore or Colombo, an export container can be delivered within 36 hours from the port yard.

Commenting on the matter, BICDA Secretary Ruhul Amin Sikder said, “The ICDs have handled 6.53 lakh TEUs of export containers and 3.01 lakh TEUs of import containers last year. As these containers were handled very quickly and did not stay for a long time at port storage, it increased the port’s performance and handling capacity.”

“If the government gives permission to set up more ICDs, it will help to further reduce the dwell time,” he added.

The CPA is now considering installing an overhead container transportation system. Once implemented, it will replace diesel trucks with a suspended overhead container movement system that lifts containers from ships and shuttles them to local yards much quicker.

More than 8,000 diesel trucks, covered vans and lorries presently visit the Chattogram port every day. If the overhead container transportation system is installed, the number of such vehicles entering the port will drop significantly.